The largest exhibition ever organized entirely devoted to Raphael, ‘Raffaello 1520-1483’ opened on March 5 at Rome’s Scuderie del Quirinale and had to close a few days later due to Italy’s nationwide lockdown.

As of June 2, as lockdown restrictions continued to ease, the exhibition opened to the public again (during the quarantine, a series of YouTube videos on the Scuderie del Quirinale’s channel made it possible to enjoy parts of the exhibition virtually).

And while we cannot physically go to Rome, we can enjoy its charms from a distance. Sara Button guides us through a perfect day, from a morning espresso to late night cinema.

There is a solution.

For a long and wine-soaked Sunday lunch:

It is on their top ten list for food. On the other hand, there are a few wine bars of note as well! 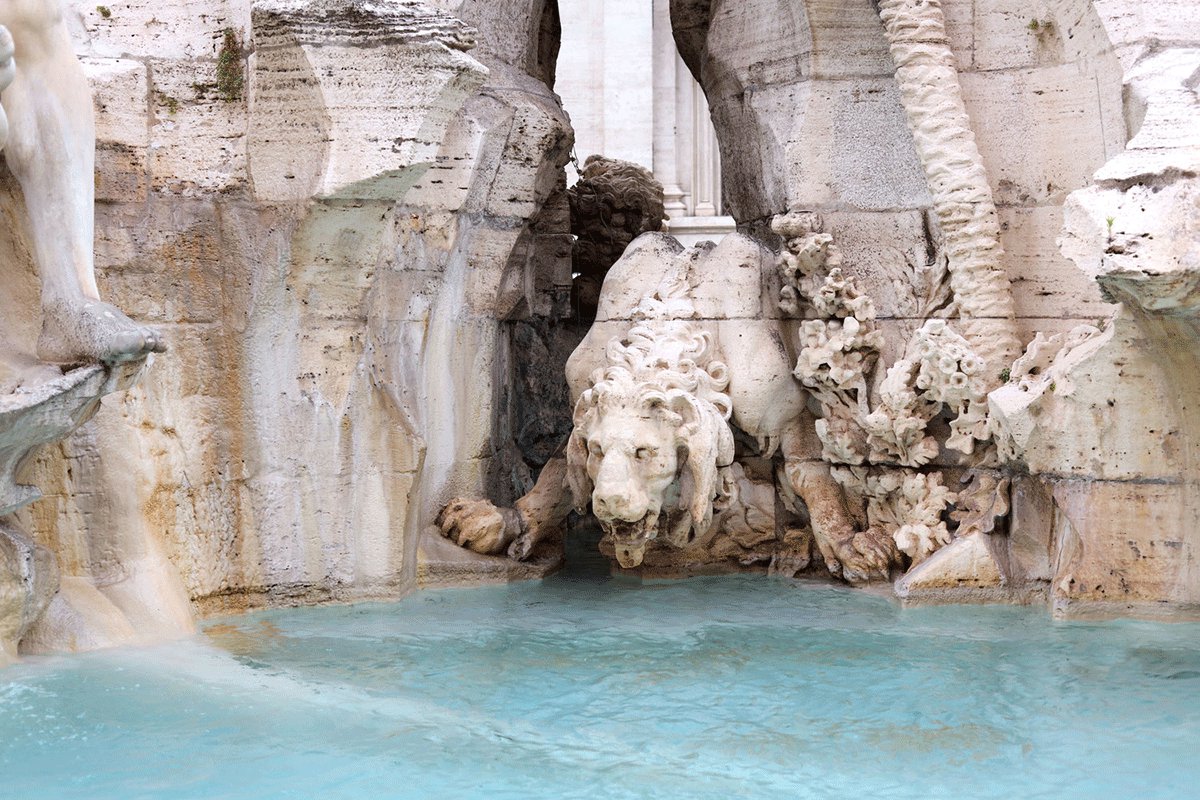 And of course, you find it in Rome. Photo by Robert Christian Malmberg

So what is the big deal about the Spanish Steps? Ever trusty Wikipedia says 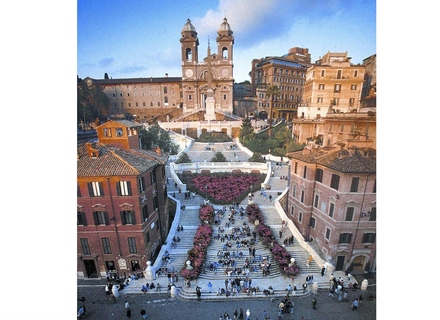 Dealing with the incline was an issue that bogged great Romans for centuries. But it was only in 1717 that a competition was held to design the steps. Why then? To celebrate the famous peace treaty between France and Spain, of course! The competition was won by a little known dude by the name of Francesco de Sanctis. Here is a drawing 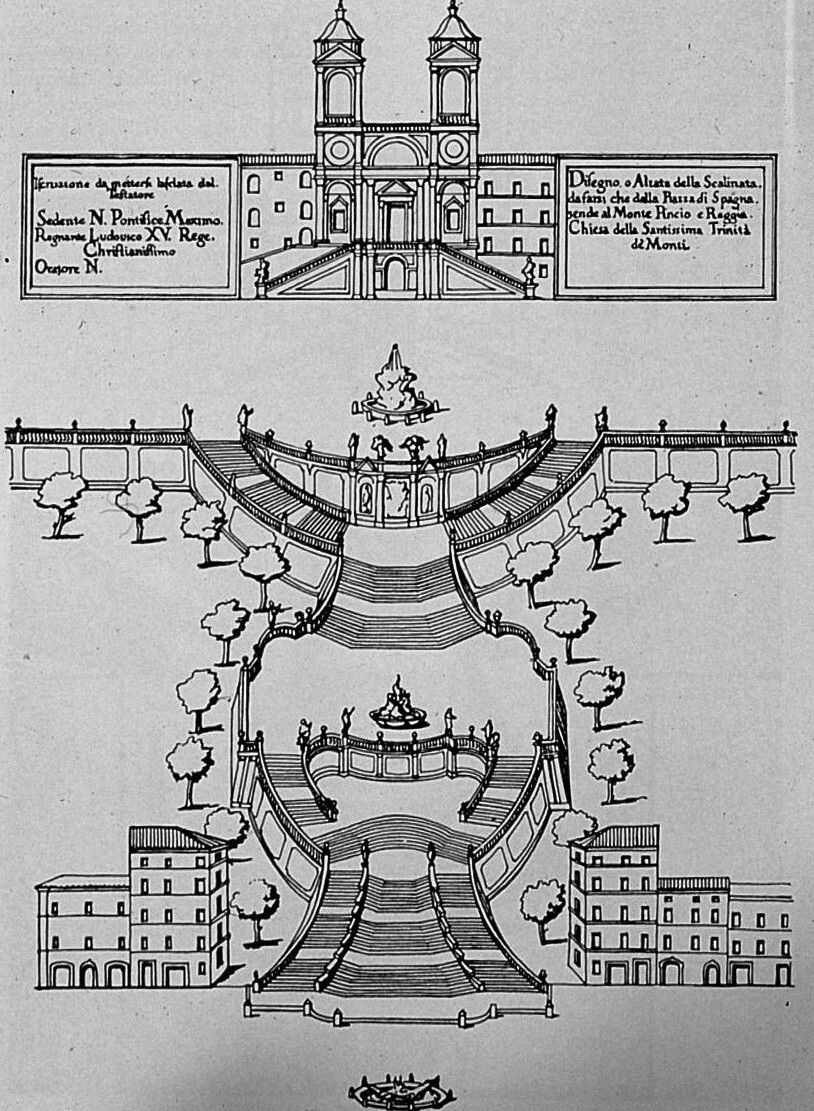 The point is that the Spanish Steps are grand indeed! And they right in the middle of lots of amazing stuff. in Rome.

So can you make this a center piece of a Roman expedition?  If this idea appeals to you, you might try Elizabeth Unique Hotel. 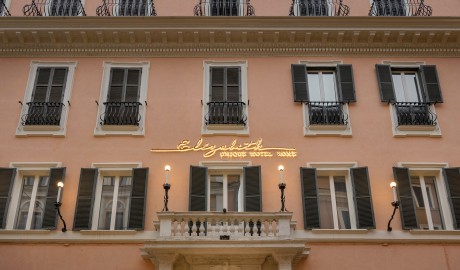 A five-minute walk from the Spanish Steps and Rome’s centro storico, the discreet and modern Elizabeth Unique Hotel looks like a private townhouse for a modern-day Medici. Housed in a 17th-century palazzo, the privately-owned hotel fuses the best of old-world Rome with the new-world expectations of a 21st-century traveler through its use of contemporary art and technology. The striking and modern artwork lining the lobby, library, and bedrooms were commissioned by Fabrizio Russo, owner of the nearby Gallery Russo, whose playful curation sets the tone for the hotel’s stylish design. Clean lines, world-class Italian sheets, bold velvet fabrics, and private in-room saunas are few of the many amenities availability in the hotel’s 33 rooms and suites, six of which are housed in Elizabeth’s Mansion, a private palazzo adjacent to the main hotel with its own entry and full-service bar. Situated on a quiet street off the bustling Via Del Corso, you won’t miss any of the action and iconic sites of the Eternal City. The ever-present whirr of Vespas and church bells remind you that you’re at the center of it all.

And how about this for your explorations?

Grab an espresso and andiamo! Take advantage of the hotel’s prime location on an early morning walking tour to see the main sites of the centro storico — without the crowds. Take in the views of the Eternal City as you head up the Spanish Steps, then stroll up Via Del Corso to Piazza del Popolo. Once you’re ready for shade and open space (away from the selfie sticks), make your way up to the Borghese Gardens, one of Rome’s largest parks, full of lush gardens and manicured meadows. A stroll through here will take you the Borghese Gallery (make a reservation before you go) and the National Gallery of Modern Art.

At this point, you’ll be ready for a spritz or two. Head to the pretty rooftop bar Il Palazzetto in Hotel Hassler or to funky Caffe Canova-Tadolini, which is filled with museum-quality sculptures and casts by Antonio Canova. For dinner, you can try cacio e pepe trio at Ristorante Ad Hoc, whose wine-filled cellar walls create an ambiance worth savoring for the entire evening, or hit the other restaurants on our list of Fathom Favorites in Rome. After hours between April and November, we love visiting the ruins at the Forums of Caesar and Agustus through Viaggio nei Fori.

Biagio Zecchinelli manages the bar at the Welcome Piram Hotel in Rome.

And from this blog post, I understand that Biagio does a bang up job.

Not only that but the Welcome Piram is a reasonably priced place to kick back and enjoy Rome. It goes on my Rome page

Be sure to try Biagio’s signature ‘Piram Spritz’, a refreshing blend of bitter Martini with prosecco and fetta arancia. He assures me it will be available in all of Rome’s best bars by the summer.

Apparently there’s an impressive rooftop terrace too, although I didn’t see it as we were travelling in the winter season.

This is not my opinion. It is the opinion of Elizabeth Minchilli.  Back in February, she wrote

if you haven’t heard of it then you haven’t really been reading anything about new restaurants in Rome over the last year or so. The chef, Sarah Cicolini is the young and extremely talented powerhouse behind this completely fantastic trattoria.

Got it. Santo Palato goes on my “must visit” list on the Rome page. Back to Elizabeth’s post, her opener gave me a smile

Here follow some very sorry looking photos of a very fantastic restaurant. Know that the quality of the photos is directly related (in the other direction) to the amount of fun (wine) we were having and the sheer joy in the food. (yes, that is food on my iPhone that is blurring the images).

And btw, she offers a lot of photos! Check it out!

BTW, the rec is confirmed by Rome by Mouth

Zeus was known to travel the earth incognito, always on the prowl. His wife Hera knew this and would try to punish any who might rival her for Zeus’s affections.

Which brings us to the story of Echo and Narcissus.

An Oread later named Echo became one of Zeus’ many entertaining nymphs. Zeus’ wife Hera became suspicious enough to leave Mt. Olympus in an attempt to find her husband in the act.  Echo was chosen by Zeus to protect him from Hera’s wrath and was punished with the ability to only speak her last three words spoken at the time. So when Echo’s path met the one of Narcissus and they fell in love, she was not able to speak her love to him. Narcissus got tired of what he thought to be a joke and left her alone to die in despair, leaving behind only her echo. Nemesis wanted revenge and received it by bringing Narcissus in front of a water source where he fell in love with his own self, so much that he preferred dying of starvation. From that day, under Zeus’ orders, a new flower was born by the name of Narcissus.

A rather interesting locale in Rome takes  its inspiration from Echo’s story. Called HÉCO, it offers something special for your summer evening sojourn around town.

Recently reconditioned and renewed, what was once an antique artisan shop has today blossomed as a modernised cocktail and gastronomic experience with a cosy inside area, a peaceful garden and a mesmerising rooftop, all bounded by good music and occasional special events. 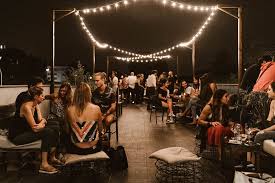