I was just passing the time by watching Sam do ribs, when he started in on something more interesting than ribs – a buttered bourbon old fashioned.  I have had many an old fashioned, but never a BITTERED old fashioned.  Hmmm … if this interests you, here is Sam going at it

I began to think, perhaps there are other ways to do this? A quick Google and voila, Dave Lebovitz writes about doing a brown butter old fashioned!

One problem – this is not a drink you can just whip up after work. You need to do some prep work and let the concoction sit in the fridge. And I am not sure that a buttered drink would work in the summer as well as in the winter.

So this goes on my “I can’t wait until Christmas” list of stuff I want to do. And wouldn’t it be great to be able to just order a buttered old fashioned in London at  Hawksmoor’s!

Yes, Hawksmoor’s is a steakhouse chain

The original establishment is in Spitalfields, near to where the architect Nicholas Hawksmoor built Christ Church. Subsequently, there are five other restaurants in London: in Seven Dials, Air Street nearby Piccadilly Circus, Knightsbridge, Guildhall district of the City and Borough, near Borough Market. Hawksmoor also have two restaurants outside of London, Hawksmoor Manchester on Deansgate, near Spinningfields and Hawksmoor Edinburgh opened in 2018, just off St Andrews Square. Hawksmoor New York will be opening in 2020.

But I am ok with that — if they offer a buttered old fashioned!

BTW while Hawksmoor is a premier butter old fashioned peddler, that is not the last word in London’s world of old fashioned’s. Not by a long shot!

Time Out offers a list of high end establishments that offer other riffs on this classic drink. A double nut old fashioned? It boggles the mind! This is a pre-pandemic list, so no guarantees that these places are still around, but possibly flawed intel is better than no intel at all!

The great — if somewhat weird — film director has many associations with London. 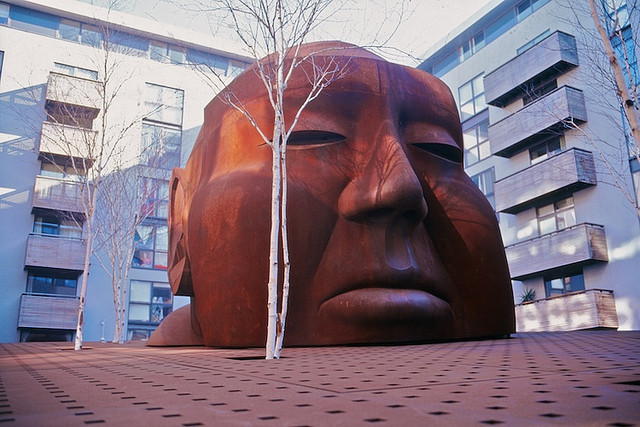 This would be a bit much for me to wake up to each morning, but has artistic merit, right?

Want to take a spin around London to find the Hitchcock associations? Londonist offers you a free pass.

Cope Castle, also known as Holland House, was built  as a country estate in 1605 by Sir Walter Cope. Cope was an able lawyer, and confident to James VI, later James I.  His daughter married the first Earl of Holland. 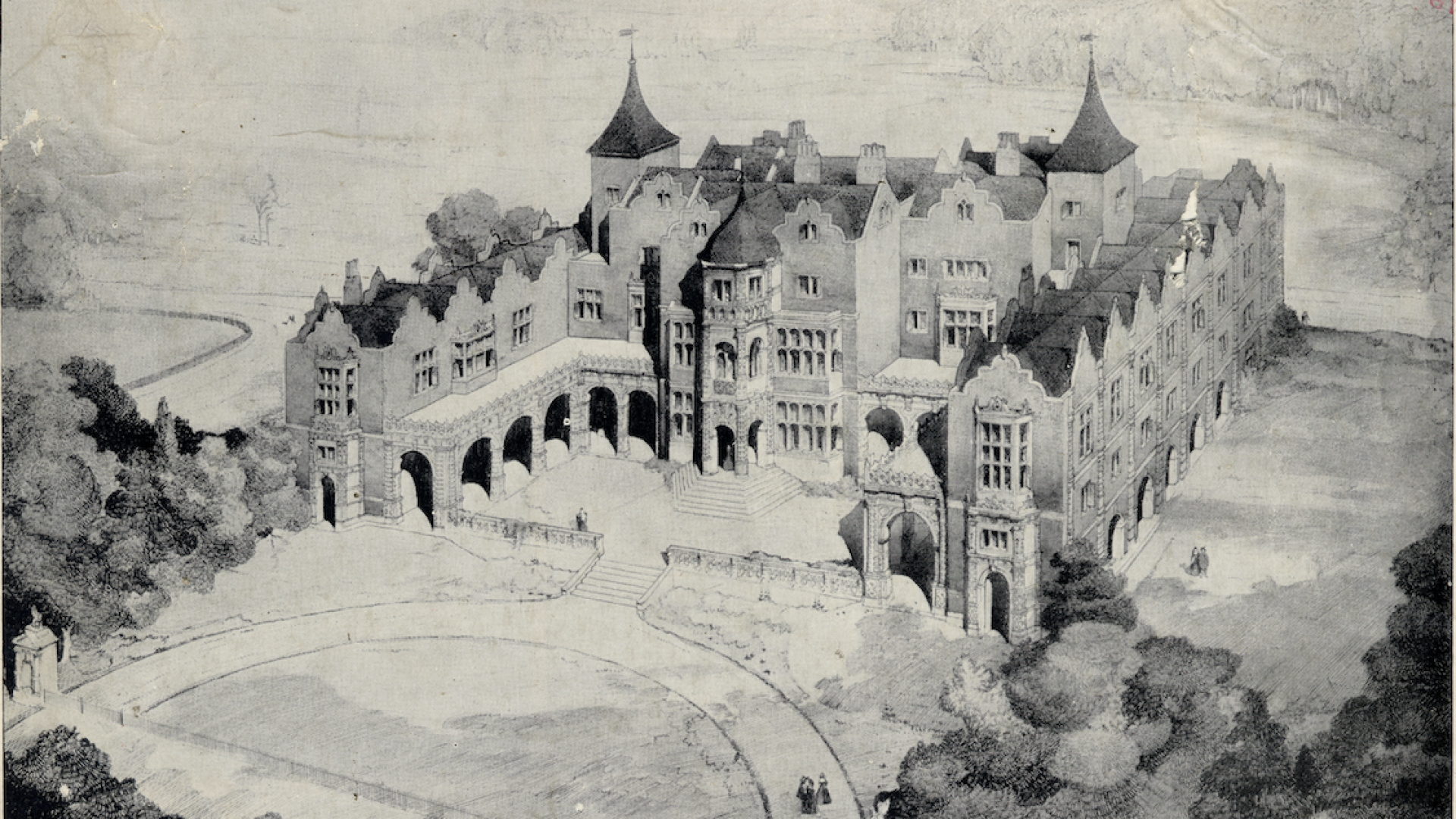 Ownership of Holland House passed through various aristocratic hands in the following centuries and had political and literary associations. The widow of the 3rd Earl of Holland married Joseph Addison who  in 1711, along with Mr. Steele, founded The Spectator (a precursor to the modern Spectator that was launched in 1828).  In the 19th Century , while owned by the Fox family, Holland House became a gathering place for Whigs. Gradually, land around the estate was let for development. Indeed, the area now known as Holland Park is full of beautiful 19th century residential architecture.

But the great house endured into the 20th century.

In 1939, King George VI and Queen Elizabeth attended the debutante ball of Rosalind Cubitt, the last great ball held at the house

Here is another view 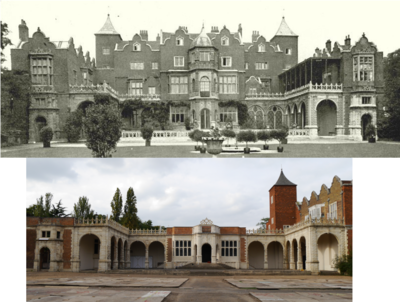 Then suddenly, most of the great  building was destroyed in the blitz in 1940. 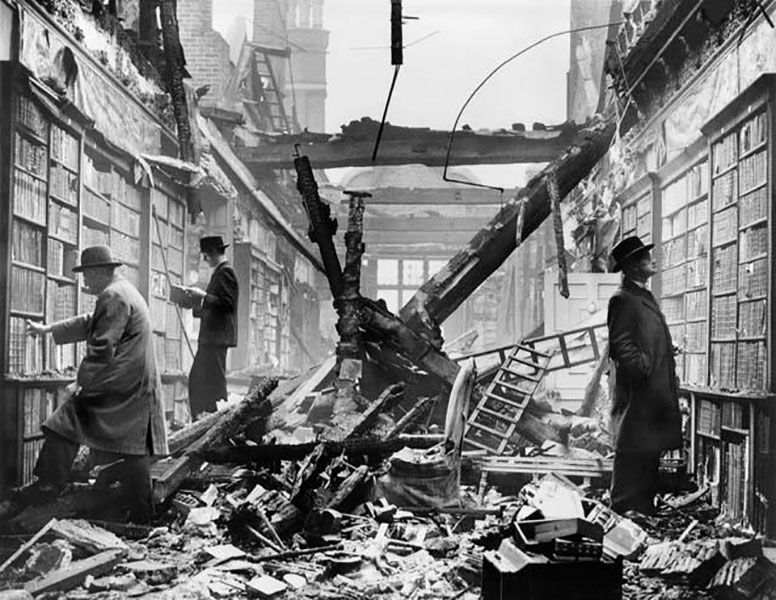 Not much of the original builds remain, but those that are still there merit attention, as

… there is no vestige of any other mansion of this date and scale left in central London.

22 hectares of land around the building became “Holland Park”.  This is the background of the rather extraordinary “secret garden”  in Holland Park.

The Kyoto Garden was opened in 1991. It was a gift from the city of Kyoto to commemorate the long friendship between Japan and Great Britain. Today, the Kyoto Garden is a popular part of Holland Park – but it’s not the only Japanese garden in this green space. In July 2012, the Fukushima Memorial Garden was officially opened. It commemorates the gratitude of the Japanese people to the British people for their support following the natural disasters that struck in March 2011. 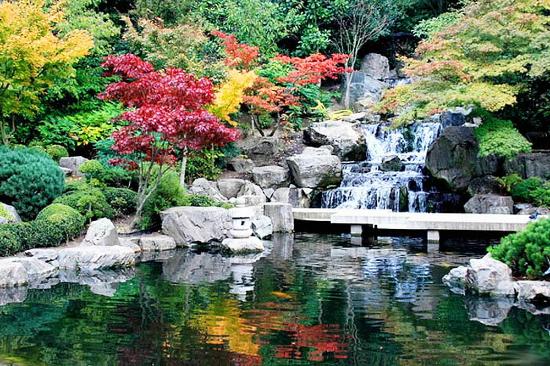 Indeed, one of the most beautiful places in London for a sit down.

I have been perusing my “Art and Architecture of London” by Ann Sanders, 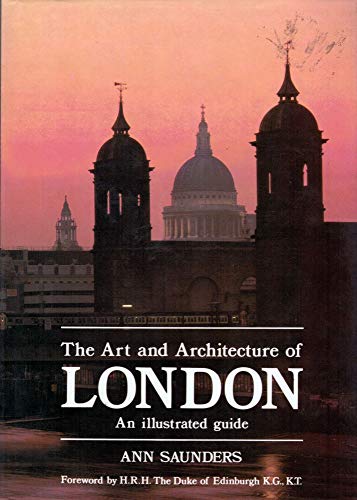 and her description of St. George caught my eye 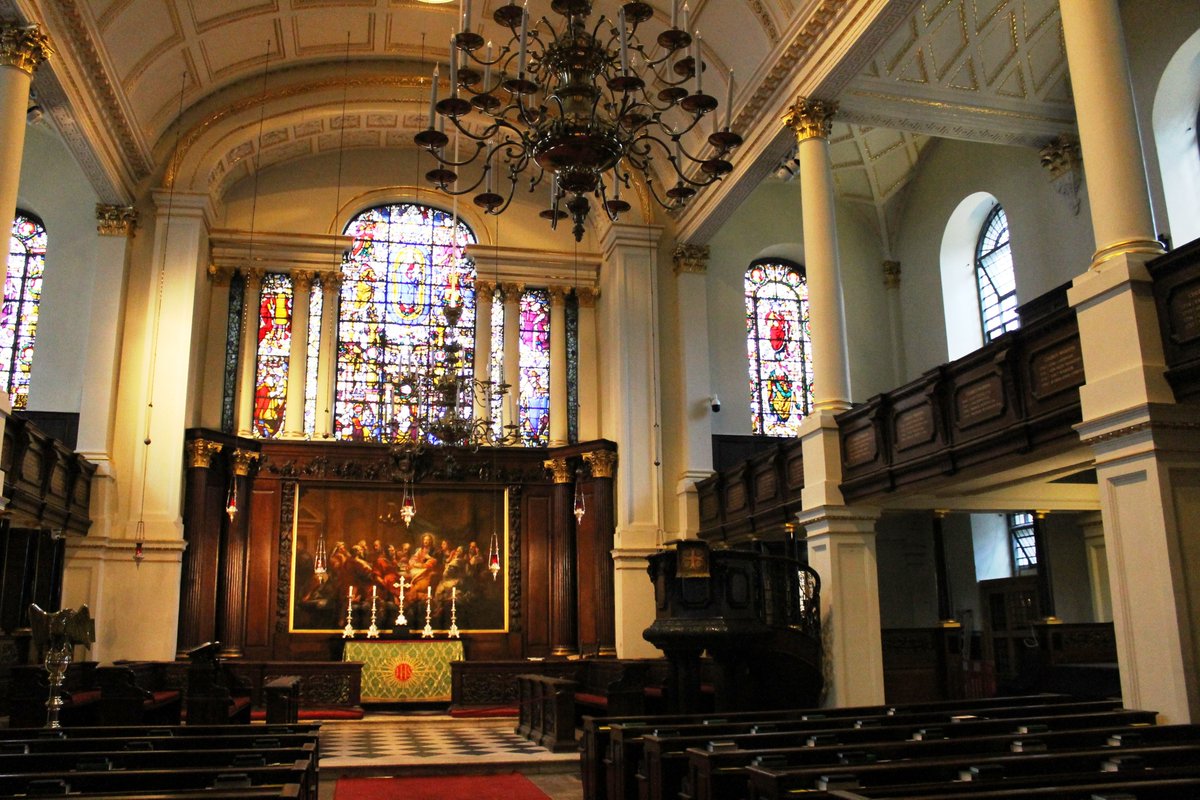 St. George’s was built between 1720 and 1724 on Hanover Square  as one of Queen Anne’s “50 new churches”.  You might need some background on that one.

Following the Restoration of the Monarchy in 1660 the Church of England resumed as the official Church and regulations were passed that discriminated against Dissenters in London, forcing them to move out to surrounding villages. The pendulum began to swing the other way again when William III, a member of the Dutch Reformed Church, became King.

This led to some chin and head scratching

It was noted by contemporaries that Anglican churches – most probably in the old City of London – were often less than full while services at Dissenter chapels – most probably in the surrounding villages – were so oversubscribed there was not enough room to accommodate the congregation. Indeed, thousands of immigrants from the Continent had arrived in London during the latter 17th century (such as Huguenots fleeing persecution in France), settling in the new suburbs outside of the City: at Spitalfields, Soho and Mile End. They were unburdened by laws and able to setup new chapels in their communities. On the other hand, large numbers of Anglicans had migrated out from the old City to surrounding suburbs and villages after their homes and businesses were destroyed in the Great Fire of 1666. Yet, unlike Dissenter chapels, the creation of new Church of England establishments was legally restricted by laws regarding parish boundaries, making it difficult to build official new churches where they were required. Church Commissioners calculated there was a theoretical need for fifty new churches to satisfy the spiritual needs of the Anglican population around the London. That did not take into account the willingness of parishioners to fund them however, which they would be required to do by law through payment of rates.

And this had political consequences

During the late 17th and early 18th centuries English politics was dividing into opposing sides that would evolve into what we now call party-politics. At one extreme were Whigs who generally tolerated Dissenters and were therefore supported by them. On the opposite side were Tories, many of whom were extreme in their support of the Anglican Church and intolerant of Dissenters. Whigs held political power for much of the reign of William and Mary while their opponents remained largely in Opposition. The Tories finally swept to power in the general election of 1710 after twenty-two years. Frustrated by watching the rise of non-conformist Protestantism for so long, and powerless to act, it was finally time for them to redress the balance in places of worship and to strengthen the Church of England.

And this came to a head

Following the Great Fire in 1666 Parliament instigated a tax on coal arriving in London, using the funds to pay for reconstruction of churches and public buildings. In November 1711 the roof of the old medieval St.Alfege, parish church of Greenwich, collapsed. Lacking the funds to repair the ancient building the parishioners petitioned Parliament. They argued that for years they had paid the coal tax and contributed to the rebuilding of the distant City and now the continuing income should be used in their time of need.

The petition of the parishioners was timely and their arguments fell on the receptive ears of the new Tory government of the Anglican Queen Anne. The following year an Act of Parliament became law with the aim of building fifty new churches using the continuing income from the coal tax, of which St.Alfege, Greenwich would be the first. (The Greenwich parishioners were extremely lucky. In the same year the Anglicans of Rotherhithe were refused money for the rebuilding of their parish church of St.Mary from the Fifty Churches funds and had to raise finance elsewhere).

Fortunately, at this moment one could call on great architects to oversee the work

According to the Act a Commission was established to oversee the building programme. Its original members were the architects Sir Christopher Wren, Sir John Vanbrugh and Thomas Archer. Vanbrugh wrote at the time of the need for grandeur and magnificence in the new churches and he and Wren recommended towers with spires and porticoes, reflected in a resolution of the Committee in July 1712. In October 1711 they appointed the Surveyors Nicholas Hawksmoor and William Dickinson from the Queen’s Office of Works to organise the designs, obtain estimates and appoint workmen. Two years later Dickinson left the Office and was replaced by James Gibbs. Although not the original intention, the two Surveyors began proposing their own grand designs for the new buildings.

Queen Anne passed on in 1714, and George I came to the throne. When it came to design St. George, the standard idea of columns supporting a pediment was selected. It came out  looking like this 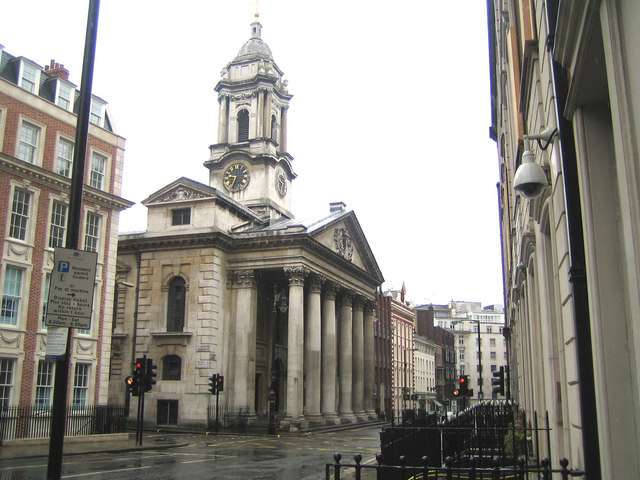 The architect planned  to perch and equestrian statue of George I (on the pediment):

As Ms Saunders writes “perhaps fortunately this scheme was unfulfilled.”

BTW, Hanover Square was itself just being developed at that time.

It was quite the prestigious address. 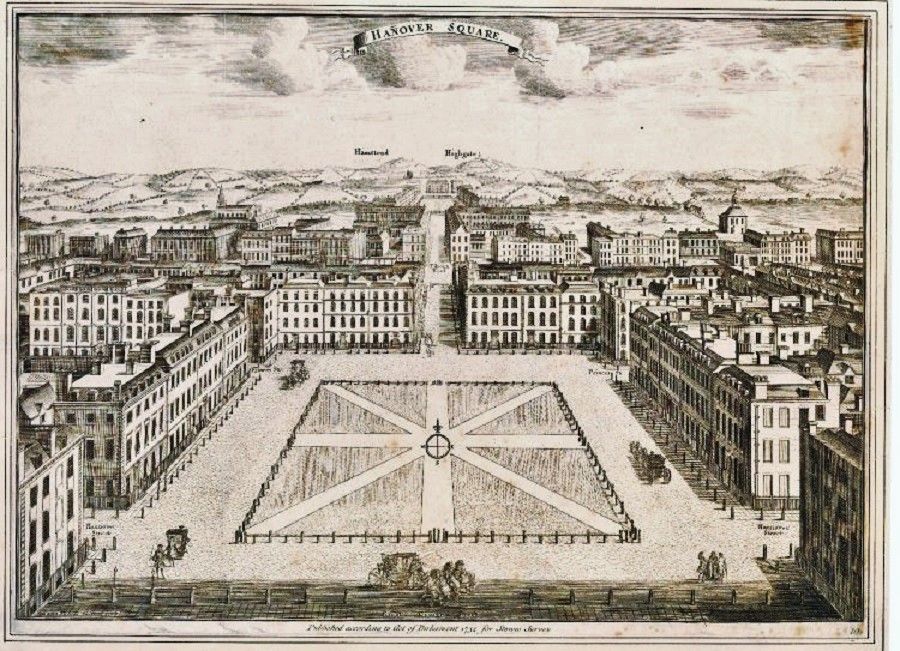 While a few of the 18th-century houses remain largely intact, most houses have been replacements of later periods. It is now predominantly occupied by offices, including the London office of Vogue.

The Andrea Pirlo is a pizza type. That is not fair. According to Harry  Rosehill (writing for Londonist), it is pizza nirvana.

I couldn’t see any further than the melted gorgonzola, razor thin cut apple slices and dollops of truffle that sit atop the wholemeal dough. 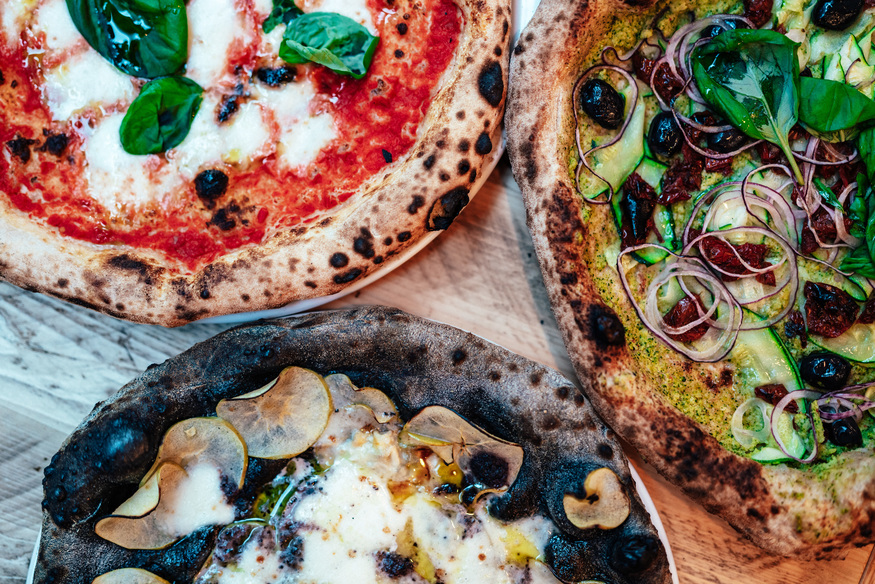 Can’t wait until Mr. COVID teleports back to his or her home planet!

Kelly Dawson for AFAR brings us into the gardens.,

Finished in 1865 as part of an ambitious public works project, it remains on a verdant sliver of land across the street from the Thames. Curved pathways lined with benches and shaded by trees surround statues and manicured flower beds, which appear like blankets of color under a mercurial sky. When I first saw it, I was 20 years old and on a quick tour of the city as part of a semester abroad. A pristine park is common in London, but to me, wandering through the Victoria Embankment Gardens had the quality of a comforting dream. I didn’t know its name, or even its exact location. But it was the sight I tried to remember most as I considered the city and thought, “I need to live here.”

A drawing by Nick Andrew 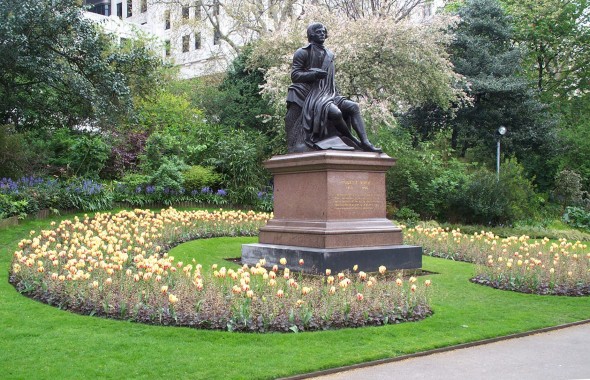 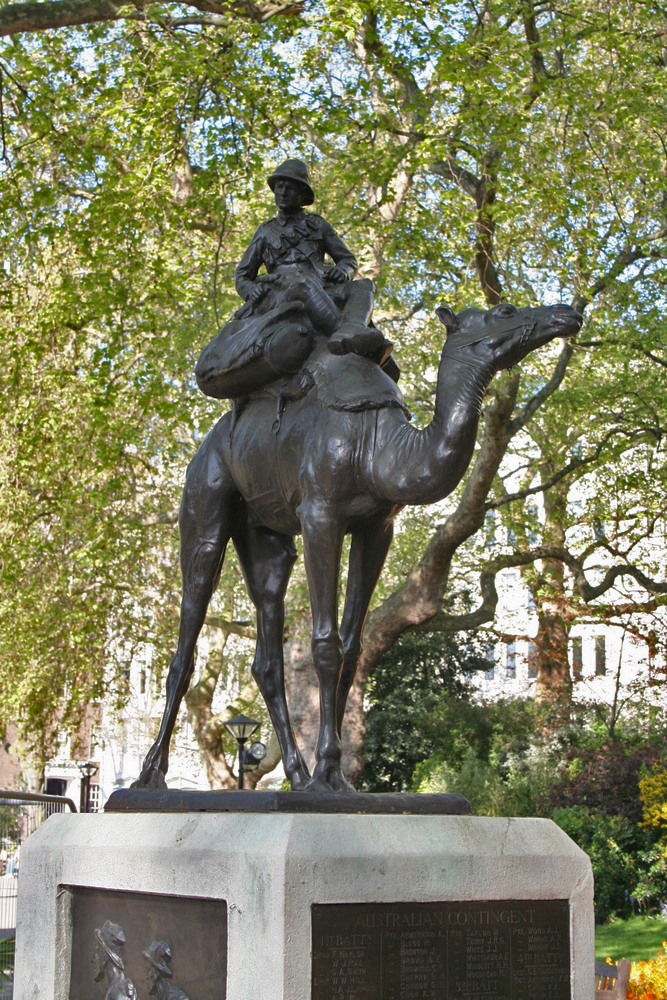 A place to go on your next excursion to London!

Here is a peek from Londonist.

Same story everywhere. We live out of our living rooms.

I would not be heading to one of these establishments now. Bad idea. But I can imagine cruising in after a fun evening on the town for a nightcap.

And the best dive bars are? Envelopes please!

Dive bars don’t come much dive-ier than this one. You’ll be sharing sticky floor space and listening to heavy metal classics with leather-clad bikers who’ve been coming here for yonks. The great crowd, friendly staff and laid-back vibe make it an ideal late-night spot for knocking back beer and selecting your favourite metalhead track from the snazzy new jukebox. What’s more, there’s a five hour long Happy Hour every night of the week. Buy a round of Bulleit Bourbon mixers for £3.50 each and make some new friends. 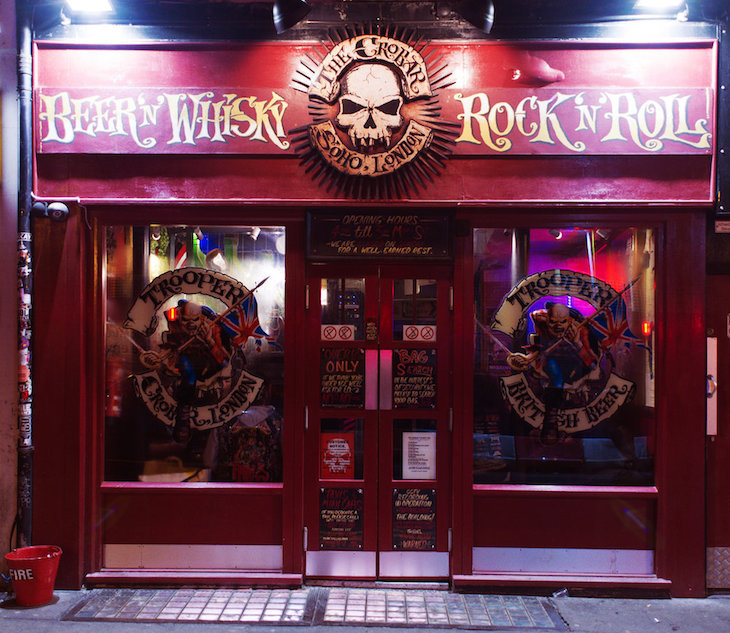