Full disclosure: I live in Tartu, a city that could use better airport service.

A while back, I got all excited when I read about the advent of “jet taxis”. These smaller planes would be cheaper to operate because they would use composite materials and therefore would be lighter. It would be a godsend for regional airports.  Sadly, I haven’t heard much more about this since then.

In the meantime, regional airports are not thriving. Carriers have found that they can reduce unit costs by mainly flying into big hubs. But I have not given up hope on the idea that technology will at some point reduce the cost of a 1 to 2 hour flight to make it worth while. For example, flying to Helsinki from Tartu takes 45 minutes air time. Via land, you have a 2.5 hour bus ride to Tallinn, and then a 3 hour boat ride.

My dream may be coming true. Boeing and Air Blue have invested in a start-up that wants to manufacture mid-sized electric powered jets. The claim is that these could reduce flight cost by 40%.

For some time, I have been waiting for a new class of small jet aircraft. These would be made of composites and use high performance engines to get good mileage. And they would be a lot cheaper than the small jets that are currently on the market.

Honda apparently agrees that there is a market for this.  They are about to release their new Hondajet. BI gives a quick glance at the specs. 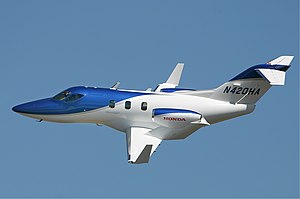 You might complain that you don’t have €5 million just burning a hole in your pocket. Fair enough. But at a certain point, cheaper and more efficient jets will open up the market for smaller taxi like jet service between mid-range destinations -. like Tartu to Helsinki. or Tartu to Stockholm. The economics are not there just yet but we are moving in the right direction.

I can’t help but notice how many car manufacturers these days are talking about building electric cars. Most of these are meant to compete with Tesla. But it does make you wonder how quickly electric cars will be the norm.

Keep in mind that 80% of petroleum products are used for transport.  If the demand for petroleum is significantly reduced because of the electric car trend, we  will be releasing a lot less carbon into the air and oil prices may fall even further.

The era of supersonic transport did not actually turn into an era. The Concorde was just a “one off”. A nice one off, but a one off, none the less. 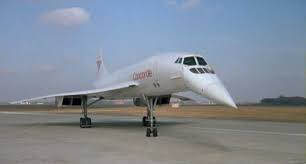 The problem was the sonic boom that the Concorde caused when it accelerated past the speed of sound. That guaranteed that it would only emit this roar over the ocean. I guess the whales didn’t mind.

But … hold on to your hat! It seems that this was just a preview. Designers are hard at work at new designs for supersonic transport that will reduce the sonic boom problem. Here is one — though I will admit that it looks a bit odd 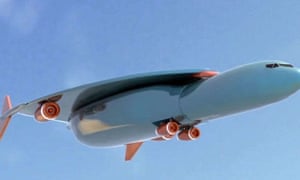 The Guardian describes the idea

In July, Airbus was awarded a US patent for an extraordinary concept aircraft. Taking off from a conventional runway, Concorde-2 would climb vertically into the air like a space rocket. This means that as it breaks the sound barrier, the sonic boom would travel horizontally across the sky rather than downwards to the ground. With a top speed of Mach 4.5 (more than twice as fast as Concorde), London to San Francisco would take just three hours. The Pacific could be crossed in a similar time.

And there are more!

This quote caught my eye

,,, the Gulfstream G650 is the biggest, fastest, and overall best private jet money can buy.

OOO! Not that I need a private jet. And not that I could afford one. But somehow, it is nice to know which to buy if I needed the best private jet around and was willing to wait for delivery. And at a bargain – just $65 million!  Hmmm … I wonder if there are any used models for sale.

I posted a while ago about the rather dreary condition of New York’s most crowded train station, Penn Station. It has been like this for a long, long time. And I saw an article today about this.

But what if the city asked people for ideas and support to upgrade the station? Turn it into a public project — a truly public affair. Impossible, you say? Well, think again. That is how the great cathedrals were built. And the folks back then lacked the media technology that we think is so very cool.  Interesting.

BI has a very interesting post today about something we don’t think about very often – energy transport.  The fact is, we use a hell of a lot of oil and gas which has to be brought to market, making “choke points” along the transit path very strategic. One of these choke points is the Strait of Hormuz. Keep this picture in mind Ships have to go through this choke point to get to Gulf oil and back out again. From the right side of the above picture to the left and then back. And what if the Iranians or someone else gets grumpy? Nicht gut —  until now.

The UAE has been building up a port on the other side of the strait at Fujaira. And this is a hell of a great idea. You avoid risks and reduce costs. The clever guys next door in Oman have taken notice. They are also on that side of the strait, and they too want part of this new and great trans-shipment business. A while back, I wondered why big law firms were opening offices in Oman (which I thought was sort of a backwater location compared to Abu Dabi and Dubai and Bahrain).  Now it is more clear.

Next step – global real estate players will be doing some serious building in these locations.

The world is indeed an interesting place!

Next time you visit Copenhagen, plan to do some biking around town. Everyone does, so you will fit right in. And with your bike zoom over the cycle snake, a bridge for bikes. Very cool!