Few of us could say, in all honesty, that we are as smart as Richard Feynman. After all, he was one of the smartest dudes of the 20th century. But all of us are smart enough to know how Feynman got so smart.

No doubt, he was a smart kid. But Feynman got a lot smarter as he learned. In other words, his achievements were not predetermined by his genetic makeup. To the contrary, he attributed his ability to think through complex problems to  conversations he had with his father. His father,, it seems taught him how to ask questions.

But there is something more concrete that we all can do to get smarter. We can keep a notebook where we list the things that we do not know but want to figure out. Why bother? Because, silly, that is exactly what Feynman did. And t worked for him.

Here is the quote

‘I’ve missed more than 9000 shots in my career. I’ve lost almost 300 games. 26 times, I’ve been trusted to take the game winning shot and missed. I’ve failed over and over and over again in my life. And that is why I succeed’.

Jordan is considered by many to be the best basketball player ever. And yet, he was well aware of his shortcomings. You might ask why that did not destroy his confidence. It is because his confidence was based on his preparation to play, not on what happened during the game.

.This is what John Wooden preached. Life is not about the ultimate question – did you win the big game. It is how you prepared yourself to do the best that you can. That is who you really are.

Here is a question for you: How much work are you capable of doing in a day? By “work” I do not mean running errands or answering emails or such things. I mean creating value. So how much can you do?

According to Clark, Michelangelo carved marble faster than any man alive.  But Schama says that Rothko often would sit in a chair the whole day smoking cigarettes staring at a blank canvas. He only started painting when the vision was clear. Both were hard at work, even if they worked in different ways. Both had a vast capacity for work.

The average person ha a much lower capacity. We are easily distracted. Indeed, we crave distraction.  We fill up our calendars with appointments and meetings and deadlines. And then we have no time to work.

Of course, we could change. We know that we could do better. We even have resources to help us. And yet, we often do not.  But in a post career setting, understanding the happiness one gets from deep work is essential.

Cindy Crawford is a very beautiful person.  She graced the covers of fashion magazines

That is well known. What is less well known is that Cindy Crawford is intelligent. She understood from early on that fashion is a business. That she had to look after herself. And she did so very well. She sold herself (her looks) on her own terms.

Cindy is now middle aged, and she is still selling herself. Not so much now for how to look incredible, but for how to live successfully. Her thinking is, in fact, conservative

It might sound strange to say about a woman who started as “just” a model, but here it is: Crawford’s book has smart advice and valuable insights for anyone looking to make their way in a world where everyone is trying to stand out from the pack. One of my favorite moments: Crawford is in a business meeting, getting pitched an idea. Instead of thinking like so many men and trying to hit the ball out of the park, she asked the guys who were pitching her: “What does a single look like?”

As a person who uses the web a lot, and who believes in the power of the web to inspire and empower people, let alone connect us all, I paid pretty close attention to Monika Lewinsky’s TED talk. And I have had a few conversations about it via e mail and telephone.

And I think those conversations should go further! Here is a link to my blog post on the issue.  If you agree that cyber bullying and shaming are problems, spread the word! Post on it, tweet on it, reblog this. Whatever! But let’s speak up in order to denounce this pattern of behavior!

We can’t let the bullies win!

What a cool idea! It’s not all that new, as by now, the world has seen quite a few concerts dedicated to achieving social objectives. Usually, these are promoted with promises that a portion of the gate will go to the cause. But there is a wrinkle here that I really like. The concert is free, but to get a ticket you have to earn it by actually supporting the cause.  Check out their website! And let’s use this idea more! 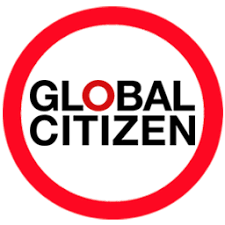 Bill is making the case that zillionaires should step in to help the world overcome public health challenges. Good. So why isn’t Bill Gates out in front in dealing with the Ebola public health crisis? Just wondering.

These are not words that we use a lot on a day to day basis. And yet … they signal amazing things that we would love to bring into our lives, right? So why not peek at how to gain them. Go ahead! I won’t tell!