These days, it is important to keep in mind a simple feature of human nature. Anger is both a sticky and transferable emotion. In other words, once people get angry, they tend to stay that way for a while. And once they get angry at  X (like at a police officer who murdered a black man) they will find other people and things that make them even more angry. So if your boss royally pisses you off in the morning, you might find yourself kicking your dog in the evening!

For these reasons, anger in groups tends to  surge in weird ways. And when it does, things can get very ugly indeed. “Off with his head!” can sound tame in those moments.

Here is the thing. By all appearances, we are entering an angry period. Angry people are likely to stay angry for a while. Not just about police. But perhaps also  about stuff like this

As Ronald Reagan was winning the White House, the top 0.1% controlled 7% of the nation’s wealth. By 2014, after a few decades of booming markets and stagnant wages, the top 0.1% had tripled its share, to 22%, a bit more wealth than the bottom 85% of the country controlled.

We have known for a long time that the rich are getting a lot richer while the poor are not. But now people are getting angry.  And  you see questions like these — should any individual be allowed to amass a personal fortune worth more than  $500,000,000?  a billion? 50 billion?  And what about those corporate tax avoidance schemes?

This article gets into the argument that the rich are cheating the rest of us. And in the current angry climate, this message may start to resonate.

Will this mean the end of “trickle down economics” as a political platform? Perhaps Stay tuned! And will residences like this one start looking absurd?

Here is the description  from Robb

“The paint is still drying, and the final landscaping is going in. But the world’s first giga-mansion – The ONE on a Bel-Air hilltop – is finally nearing completion. What hasn’t changed is that eye-watering price tag, a staggering $500,000,000 as in half a billion dollars. What that impressive sum will buy you is a 100,000-square-feet, 20-bedroom compound perched high above Bel Air on four acres, with spectacular 360-degree uninterrupted views. It’s the creation of movie producer turned prolific real estate developer Nile Niami and architect Paul McClean, who have taken seven years to construct this ultimate spec-home. Among its multitude of jaw-dropping features; a 5,500-square-feet master suite, 30 bathrooms, a 30-car auto ‘gallery’, five swimming pools, a 36-seat movie theater, six-lane bowling alley, and naturally, a nightclub.”

Conspicuous consumption may not be as much fun as it has been over the last several decades.

But not many people showed up.  This will be the defining image 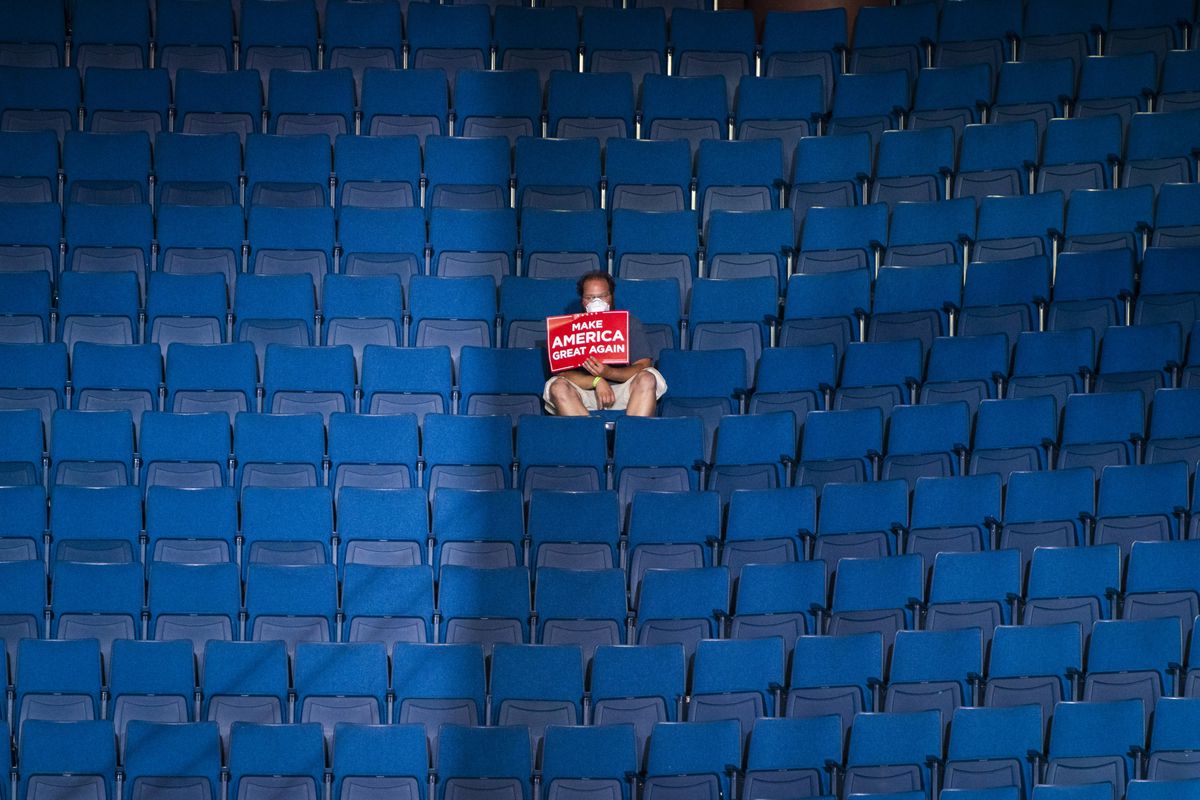 And then there was the “walk of shame” – Trump looking defeated as he trudged back to the White House.

And the fact that few showed up for his heavily promoted rally  is really, really bad news for Trump and his re-election campaign. In order to have a chance at winning, they need to find something – anything – that will generate excitement about Trump. And these days, Trump is just not exciting enough to draw a crowd even in deep red Tulsa.  It is not too hard to see why. Lots of folks — conservatives, progressives, and independents are fed up with his nonsense.

The thought of four more years of Trump is very hard to swallow.

This is not the end of the road for Trump. He will try again to rally the “troops”,. But he needs to do this soon.  Why? Because if he starts looking like a loser, the rats will start deserting the ship. And Donald Trump will discover that he has very few friends. Very few people will stand by him when he doesn’t have anything to give them. Why? Because there is nothing to connect to other than power and money.  Take those away, and yikes!

The end will not be pretty. But it is a just end for a man who cares nothing for others. A man who compromised his nation’s security for his personal gain.

The more interesting question is what about those in the Senate who made this possible? The GOP Senators who turned a blind eye to what was going on in the White House. And Mitch McConnell led that group — and us with them — over a cliff.

Come November, it is time to kick the rascals out! Vote a straight Dem ticket!

One gets the feeling that were Hunter S. Thomson still with us, he would be heading to the Trump rally in Tulsa. 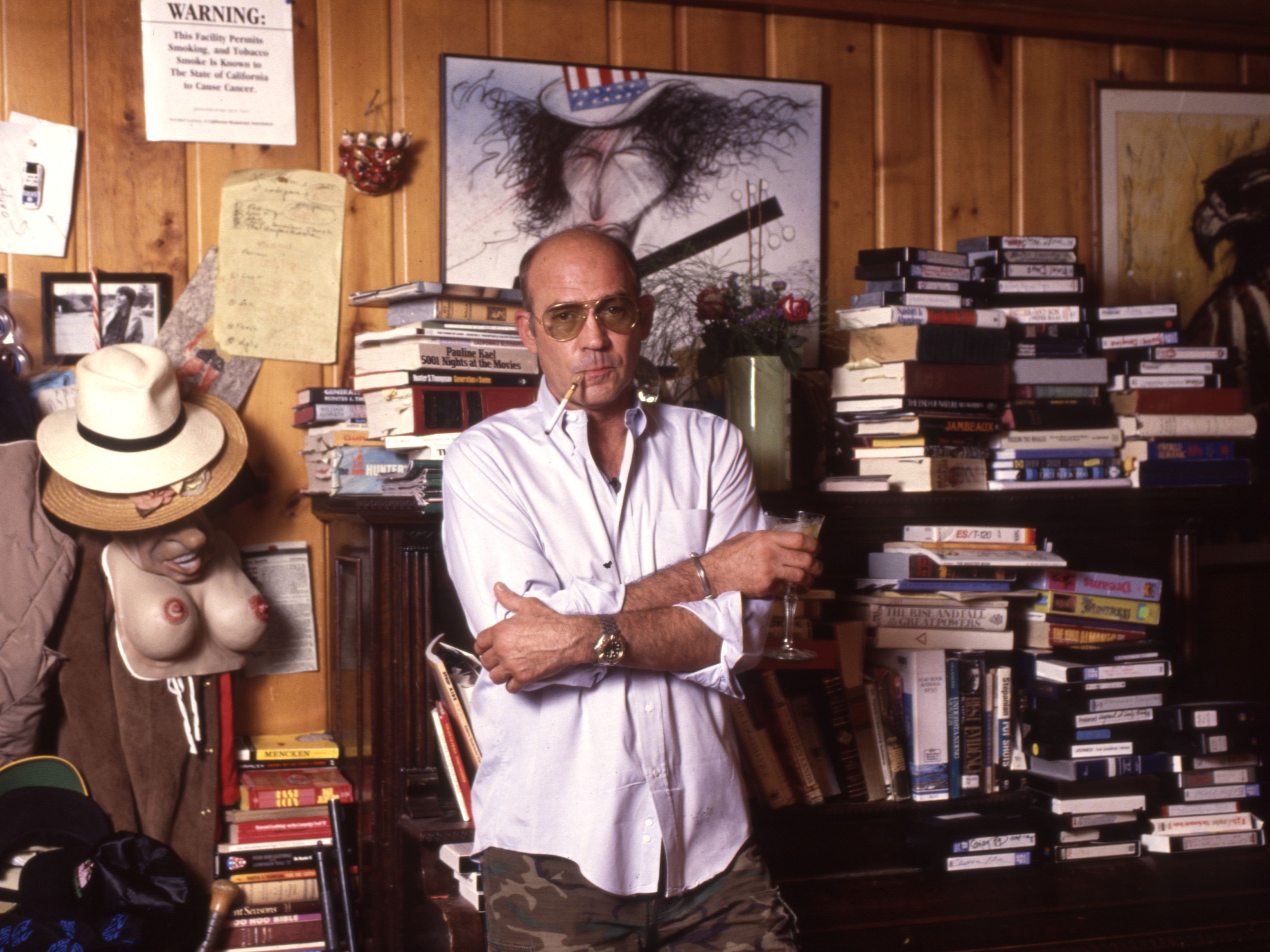 Why?`It will be theater of the absurd, the type of event that Thomson loved.

Perhaps the most absurd aspect — those attending know that they will be in the midst of a super spreader event. They are going anyway because they want to hear the rantings of an old white dude who doesn’t even know that Finland is not part of Russia. Yes, that dude. The dude who begged the Chinese leader to help him get elected. Who secretly praised the Chinese for holding a million people in concentration camps. 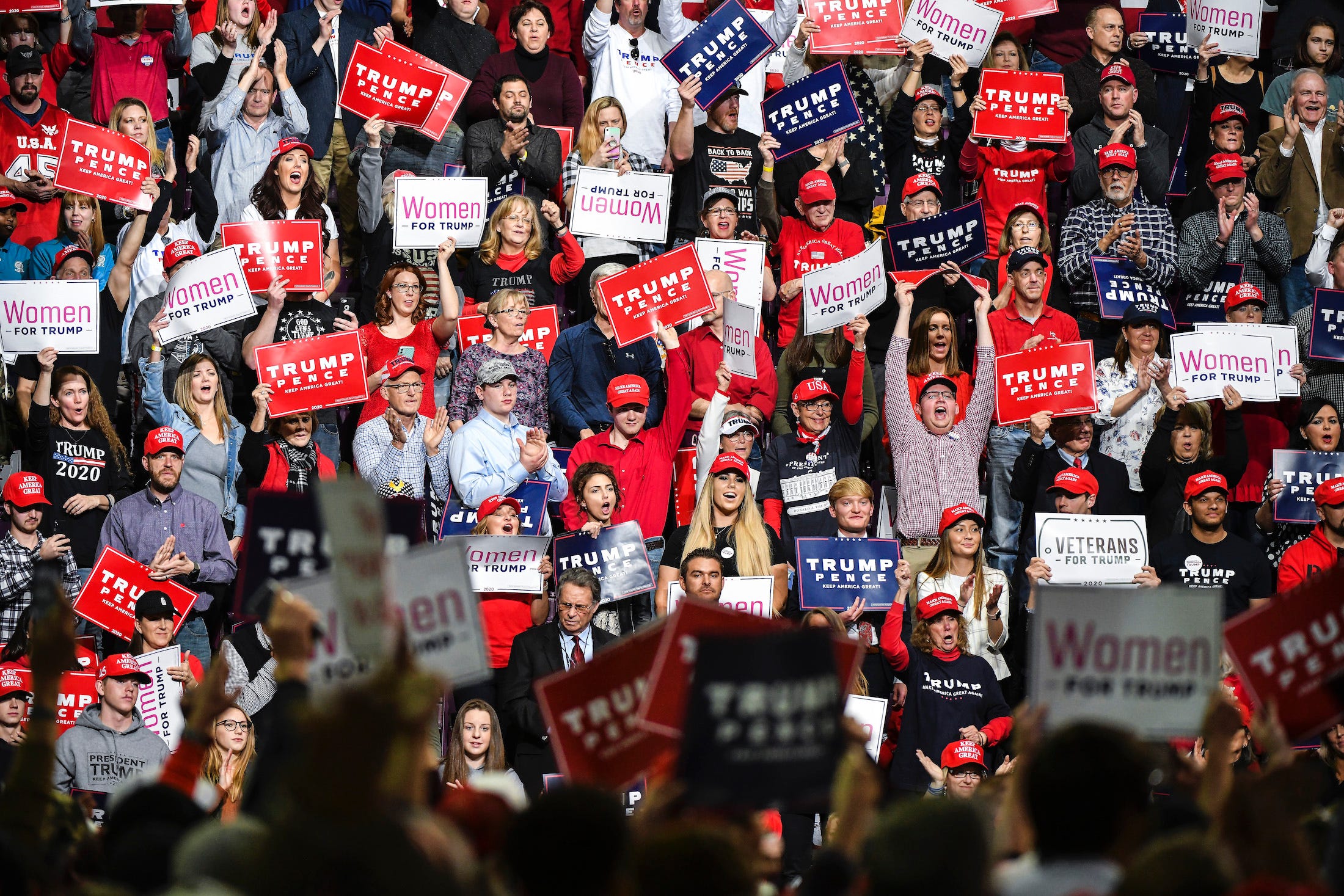 There is an interesting lead up to the event

Lordy, Lordy!  We shall see what comes of this.

Few would argue  that these are not dark times. Core values are challenged. Expectations are frustrated. And we don’t know when of if things will go back to “normal”.

What if, for example, Donald Trump wins re-election?

We can’t just “change the channel” or snap our fingers to make this go away. But we can, and should hold on to one simple thought.

The darkness gives us an opportunity to grow.

We can and should think about how we got to where we are. And how we can do better, one step at a time.

Great Satel makes this point in his post from last week. It is worth a look! And chin up!

I was wondering how Bon Appetit would go forward after the messtoid over racism forced its editor in chief out. After all, BA needs to put up web content every day. The staff can’t just hide under the test kitchen counters hoping no one will blame them for the nasty things that were alleged to have happened while they made brownies.

I predicted a full throated mea culpa, and that the next editor in chief will be a black woman. And it looks like this is where BA is headed.

Here is the full throated mea culpa. Personally i think it is a bit too much. But that is just me.

The more interesting question is whether BA can recreate a fun, carefree attitude that it embraced before in its writing and video content and that made it popular. I cannot help but think that no matter what, things will be less fun.

And that may not b ode well for this brand.

Rachel nailed it the other day. Donald Trump is a one trick pony.  That trick is to keep the camera focused on him. He doesn’t care how he does it. And he knows that he can get what he wants by saying outrageous things. So he does that again and again and again.

President Donald Trump claimed in a Fox News interview that he’s done more for the Black community than any other president, including Abraham Lincoln.

Stupid? Of course! As I wrote above, that is not the point. The point is that it got attention. And in Trump’s mind that is all he needs to do to stay in power. Worse still, his  GOP buddies in the Senate are just fine with that.

If you think that is smart, God help you! If you think it is not so smart, the thing to do is stop reacting to the stupid things Trump says and start thinking about building a post-Trump coalition that is not so stupid.  Trump is not going to change. So let him blather on. We can change — but only if we choose to stop giving that idiot the time of day.

I don’t know about you, but I am fed up with the politics of stupidity that Trump and his buddies in the GOP have shoved down our throats.

I was not overly surprised to see this headline

In An Election Year, 2 Vulnerable GOP Senators Are Suddenly Conservationists

Here is the subheading

Cory Gardner and Steve Daines have backed Trump’s anti-conservation agenda at every turn, but now they’re joining a fight to shore up public lands funding.

Here is a link to the story.

What is going on? Vulnerable GOP senators do not want to lose their jobs. But many will if voters link them with the failed Trump Administration. So they will start changing the story line. They will hope that voters forget how they refused to investigation his obvious wrongdoing.  How they made fun of the impeachment, and then refused to allow a fair trial in the Senate.  How they facilitated Trump at every turn.

Expect more of this as the elections near.

BTW, in case you are wondering,,both Gardner and Daines are  trailing in the polls.

Want to go deeper? Vox profiles the key races. Hold on to your hat!

Vox offers a rather long article that affirms the conclusions from prior reporting that  Adam Rappaport (BA editor in chief) failed to see that he was building a “toxic” environment with respect to race and thnicity at Bon Appetit.

The article uses this picture 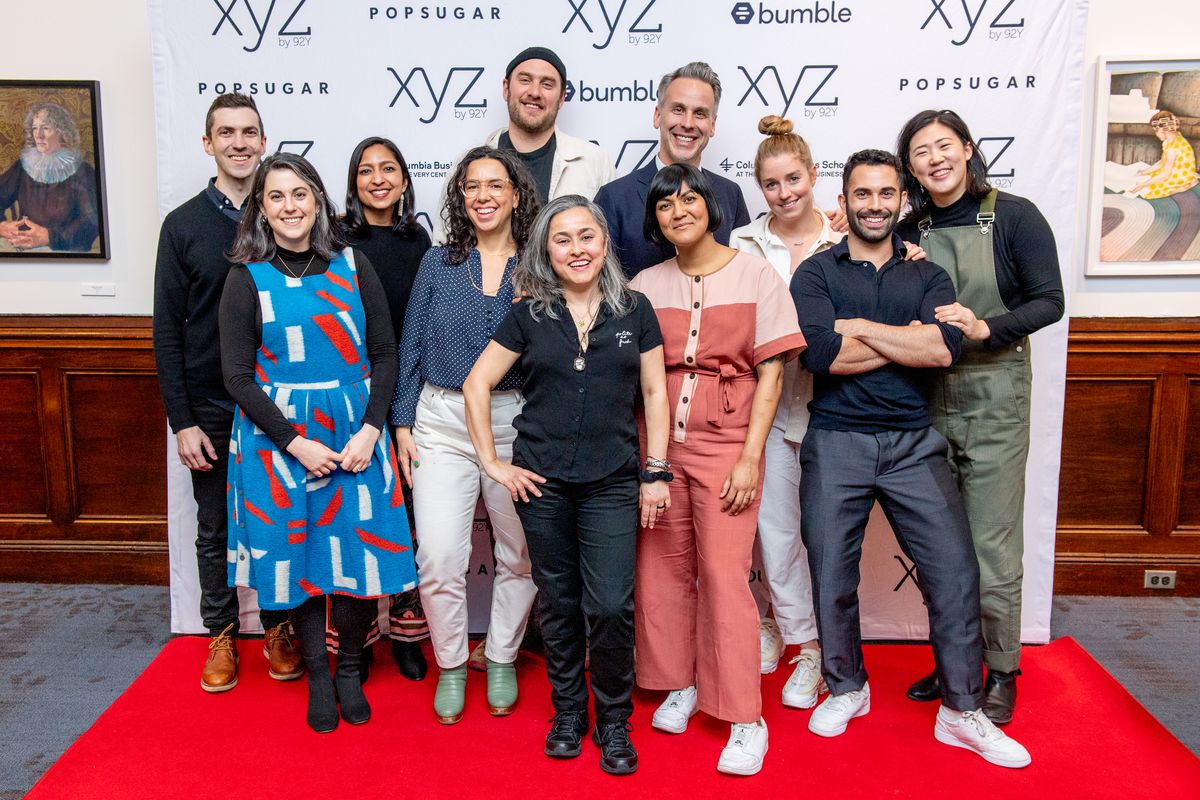 BTW,  you might notice that the picture shows 7 women and 4 men. A few years ago, one might have thought that this showed a progressive attitude at BA in providing equal opportunities for women. Now no one notices.