For you non- martial arts devotees (and that would include me), this event is rather obscure.

Who was Wong Jack Man anyway? And was Bruce Lee actually a brawler as well as a film star?

There is a film about Lee that treats with this part of Lee’s early career, but I understand it does not deal with this event.

We do know that it actually happened. 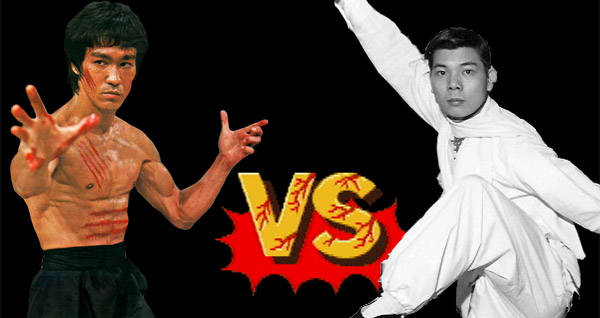 And the event is weird. Why did it happen? How was it fought? Who won? There are varying accounts.  Here is one. And here is a video that gets into the details.

Enjoy with a glass of pinot noir!

Fans of Lewis Carroll (me included) know what a bandersnatch is.  For the rest of you,  it is time to discover the thing.

You can do this via Netflix’s “Black Mirror: The Bandersnatch”.

I enjoyed this Vox review of the show.

Full confession: I am the old dog.

A while back, I wrote that my doctor advised me to learn a new trick: lose weight and get blood pressure down.  I was persuaded by the data  which will not be discussed here —  that the advice had merit. And so I  set about on the task.

But how to achieve this? There were a few obvious villains that had to be eliminated – morning coffee raises blood pressure and had to go. Same for evening wine. And no more huge late night dinners. And more determined exercising. All good first steps.

And then my dear sister offered a piece of wisdom. My weight had gone up in a sneaky sort of way as my metabolism slowed down. Stress played a role as well as some bad habits.  But I might lose weight more easily if I could speed up my metabolism.

This led me to a few counter-intuitive ideas. I had boasted that I did not eat anything after breakfast until dinner. Bad idea. That signals “starvation” to my body. Then,  when dinner arrives,  my eyes glaze over and I am ready to devour a live elephant. mea culpa! Time for a new mantra. Eat more frequently, but never in large amounts.

Let’s see if adding this new viola to the orchestra produces sonorous music!

As Fred Wilson writes, we have been living with incredibly low interest rates for some time now. That makes economists nervous, because, well, they are economists after all.

But as Fred writes, we may be at an inflection point in history where the inherent value of capital is changing. It is less scarce than it was. Less a constraint on what we can achieve with knowledge.

If true, you can say that you were there in the early days when no one had a clue what was going on.

The medical profession in the US is just waking up to several basic facts. The first one is that they are working in the midst of an epidemic of obesity. The second is that research is showing a much closer link between diet and illnesses that was supposed.

As the doctors stagger out of their offices with these newly won tidbits of wisdom, they must wonder, what can they do? The answer is pretty simple. They need to be able to talk about food with their patients. Not just nutrition, but eating habits. They need to learn how to cook and how to talk about cooking.

This is why some medical schools are now offering cooking classes. And guess what – it is working. The doctors are better cooks. More important, they talk about diet more intelligently with their patients.

The latest buzz in the fitness world is “high intensity training”. Move over jogging (walking is just as good). Make room to stress your capacity. It started with Drossfit. Sorry. I mean Crossfit.  But now we have F45, which may be better. After all, it is good enough for Ricky Scott. Errr … though to be honest, I am a bit foggy on who he is.

Some things you just need to do. Like eat well and sleep well. And forgo that second bottle of wine … errr … at least sometimes. But what about walking? yup. Every day. And burst training? That would be 2 times a week.