Yes, and this is the destination of one of my luxury fantasy excursions.

Fathom has the story! It starts off this way

A study in simplicity, functionality, and beauty, design has always been one of Sweden’s recognizable signatures and most important exports. The world over cannot seem to get enough of the Scandinavian aesthetic. But high in the wild northernmost reaches of ,he country — far from the international design hubs of Stockholm, Malmo, and Gothenburg — the design scene doesn’t give way but instead advances to merge with the raw natural world and create progressive cities and a new genre of landscape architecture that’s unlike anything else in the country — or the world.

Yes, merging with the  raw natural world is on my “to do” list. The processed and refined natural world must give way now and then.  For something like this 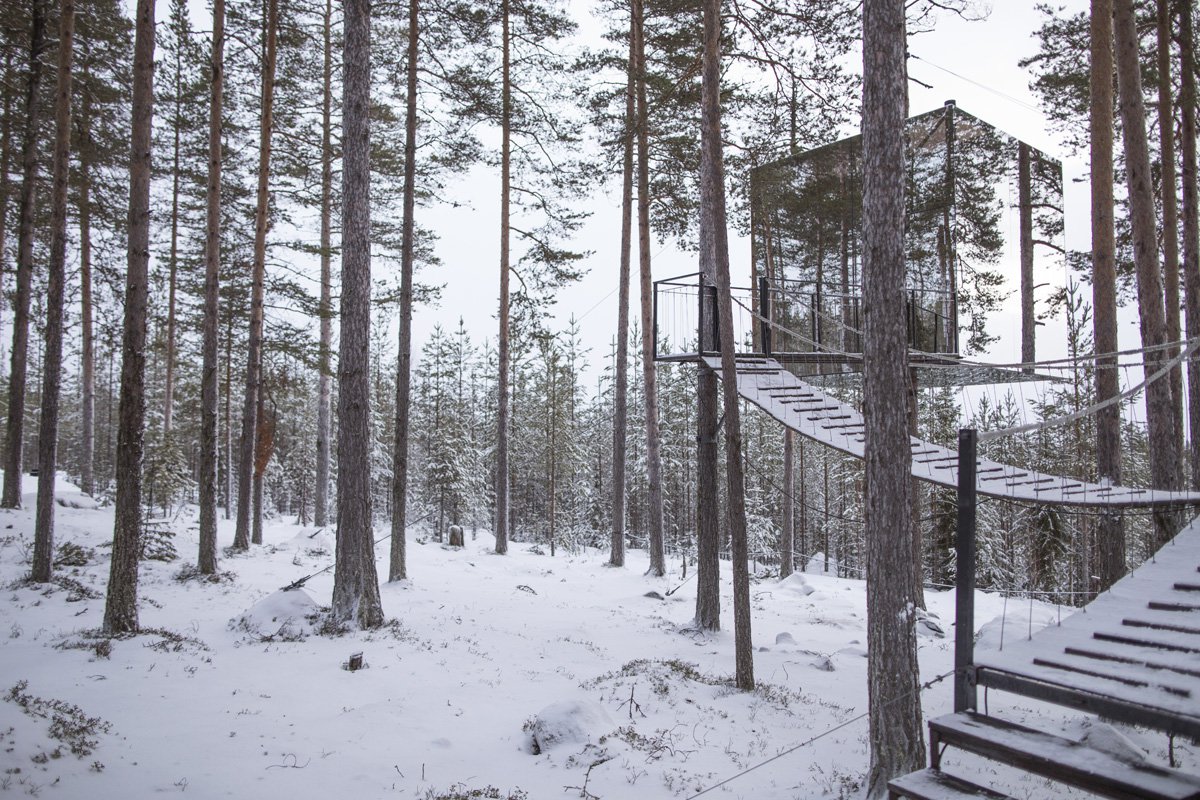 Hmmm  … interesting. And this? 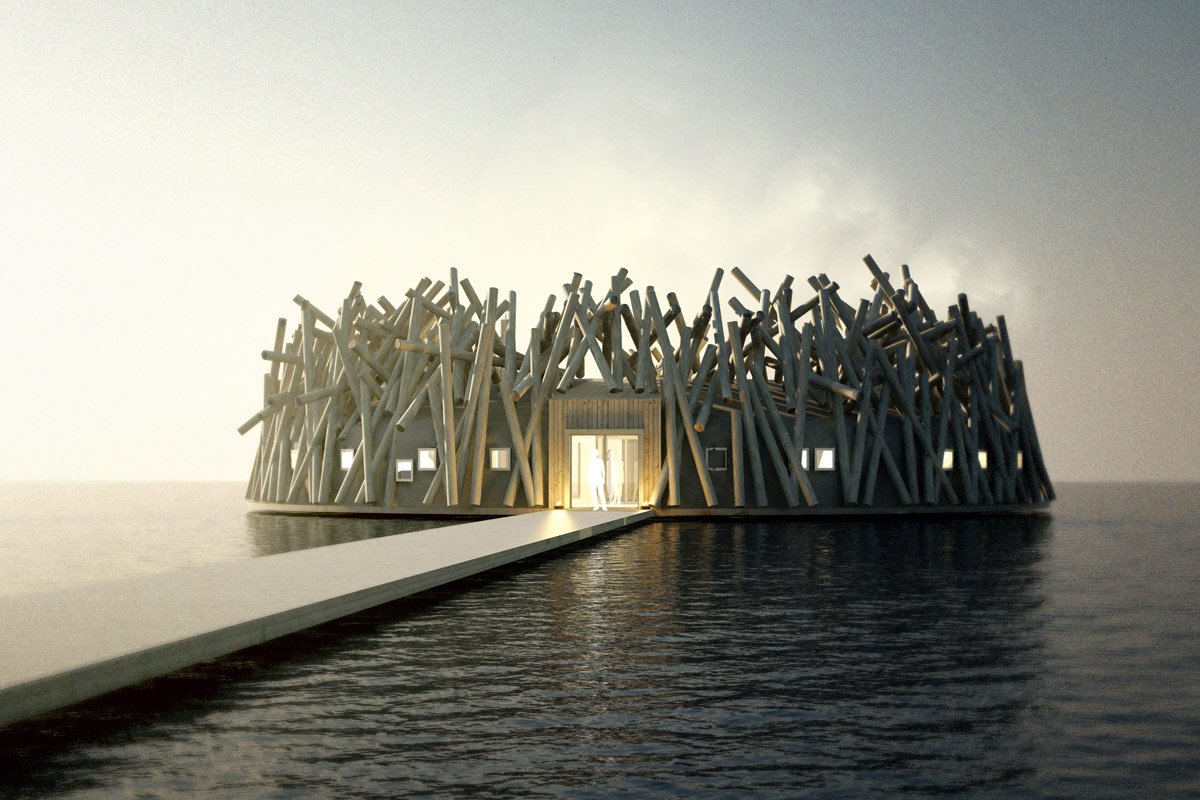 Many years ago, I was flummoxed by the Estonian custom that one takes off one’s shoes before entering a residence. Americans tend not to do this. But I realized that in the Estonian setting, this makes a lot of sense. Credit the wetter climate where shoes gt a bit “rank”.

And I adjusted. But the adjustment created an issue. I noticed that I was growing a nice garden patch of shoes around the front door of my apartment. And when I had guests over, that garden patch grew to alarming dimensions.

So it was for many years. Indeed, So it was until this year. I finally realized that it was not all that complicated to organize the shoes on shelving. I did that, using a rather beat up old thing. And all was perfect.

Errr … except it was not perfect. As my friend Peeter pointed out, the shelving system I was using could be a lot more interesting. He suggested that I have a custom built system installed. BTW, this is the same Peeter who built a custom made book shelving system for me, and so his idea was worth considering.

And there is a bonus. Peeter builds his systems using discarded wood. He “re-purposes” the wood to make really interesting wood patterns. And he does really precise measurements so that the final piece fits exactly into the space you have.

I agreed and Peeter just called me today. He wants a few of my shoes to see how they fit into the system he is building.

Dude, for bespoke you need to make yourself available. “Come on over!” I said.

Ammar does not fit easily into our preconceived ideas of how people live or who they are. Here he is 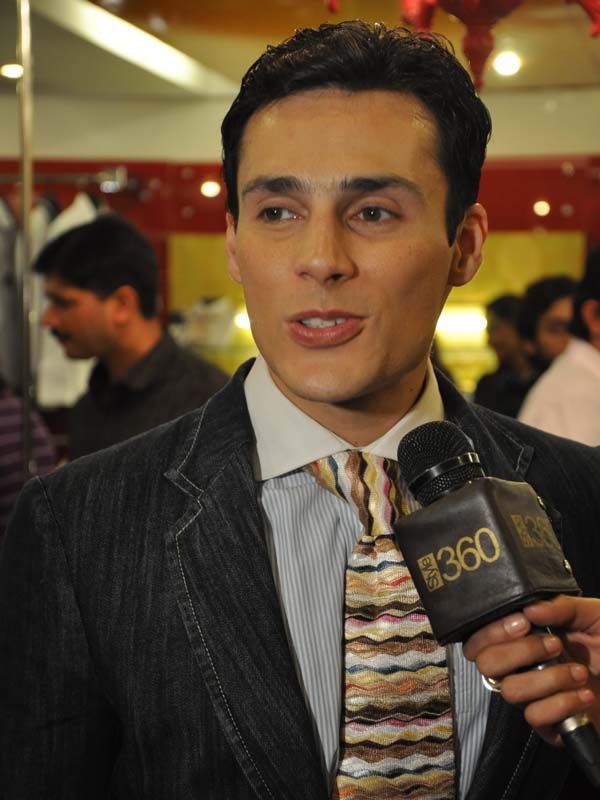 END_OF_DOCUMENT_TOKEN_TO_BE_REPLACED

In the 20th century, we saw some very cool design concepts. And this was just the start. It is more widely understood that design is not something that we just receive. It is something that creates a framework for interaction — and we can participate in assessing what makes “great design”.

Here are a few candidates from Robb.

Think of it as brain food!

She is an icon of design in the 20th century, but …

When (she) applied for a studio job in 1927, she was rejected outright, told only: “We don’t embroider cushions here.”

That was a long time ago.

Not one to be discouraged, she landed the role only a month later with her breakout piece, Bar Sous le Toit, a design of a bar setup that’s an homage to the aesthetic potential of chromed, tubular steel. A 60-year career followed, spawning many a now-classic piece: a modular bookshelf, sling-back chair, chaise longue and kitchen-bar concept among them. But while her contributions to contemporary design were undoubtedly numerous, today only a select few know and attribute them to Perriand.

Fondation Louis Vuitton will present an exhibition of the late revolutionary’s work, opening on October 2. In the main show for the fall season, the program will spread Perriand’s designs across all four of the Paris museum’s floors and celebrate not only her individual furnishings but also her larger art de vivre philosophy, which draws together the worlds of architecture, art and design to create a sense of personal harmony and well-being. “It was intimately connected to her life, her vision of the world and modern society, and her relationship to the body and its movement in a given space,” says curator Jacques Barsac. “It’s absolutely contemporary.”

Just a peek at one of her designs 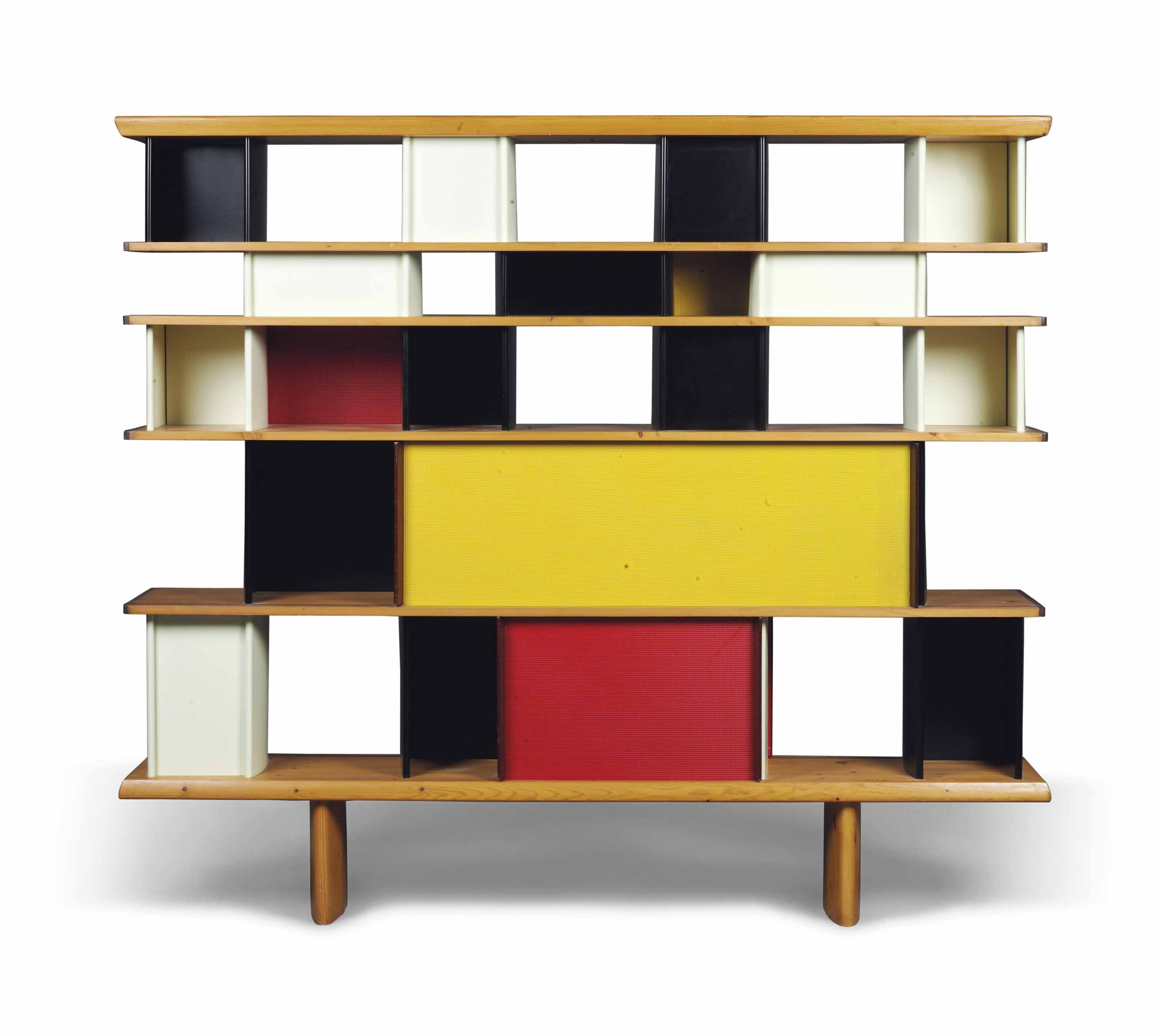 Check out the article for more! I love it!

But belts aren’t supposed to be smart, right? Not so fastt pacp!

Read this before you decide.

My take: You would be a lot better off if your belts were smarter.

You might ask, “Why think leather?” Is this some sort of “leather bar” concept? Not at all.

Daniele Caselli who owns a small shop “Cuor di Pelle” translated as “Heart of Leather”, located in the Sant’Ambrogio neighbourhood on the quiet street of Via Pilastri. 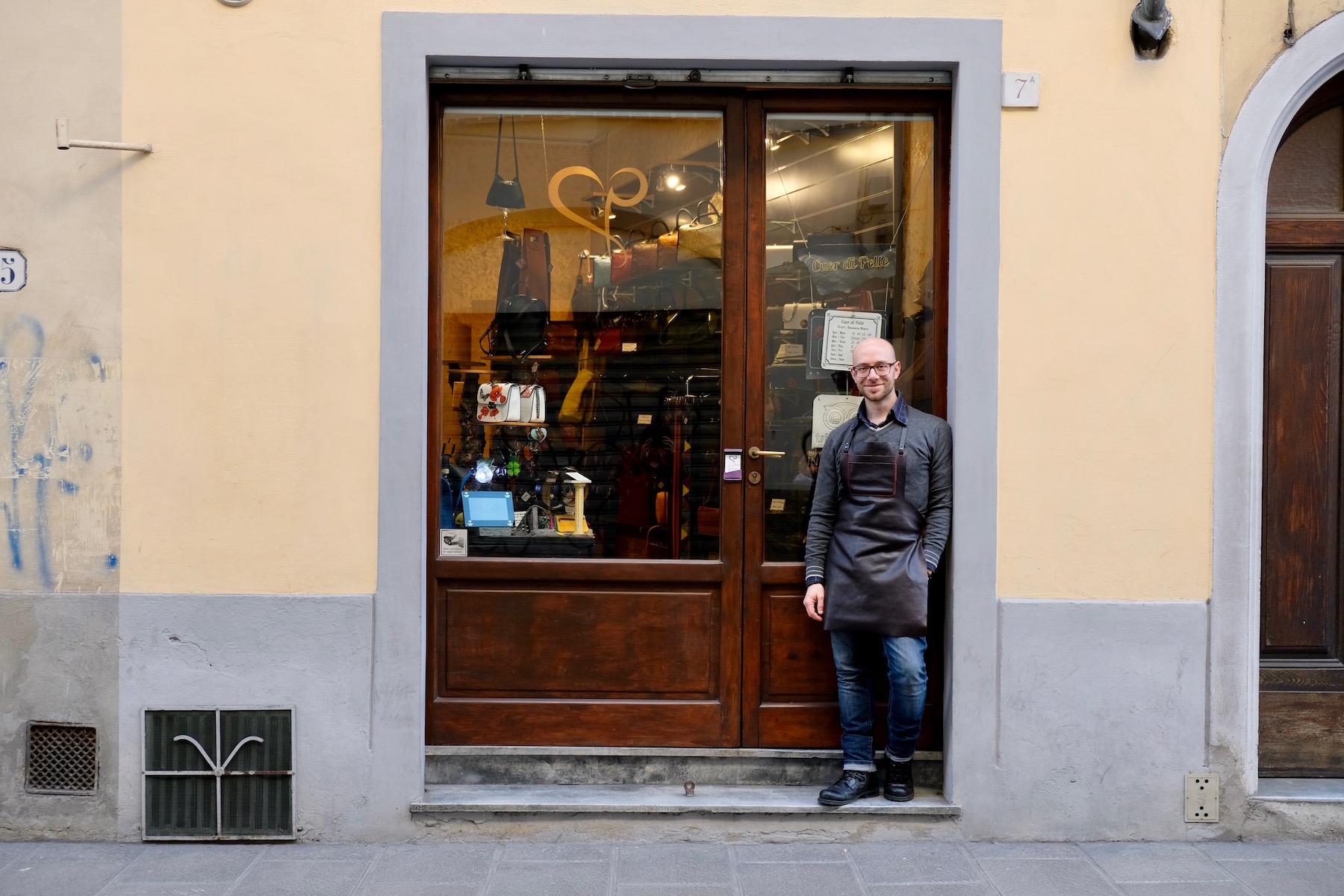 Why? Because who doesn’t want to own a hand crafted leather item, whether that is a wallet or a bag or something else. The pleasure of owning it is made more intense from knowing who made it and where.

Italy Magazine has a lot more on Daniele. Or just check this out 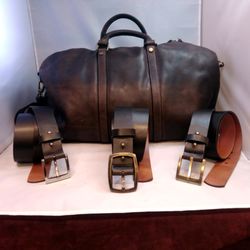 Plastic has been much demonised recently, thanks to its impact on wildlife and the environment, which is starkly illustrated by the Great Pacific Garbage Patch and pictures of seahorses clutching Q-tips or dead albatrosses with stomachs full of plastic.

Despite the increasing concern about the issue, there is little sign that plastic use is falling. Half of all the plastic ever made was produced in the last 13 years, says investment house Hermes, while output is set to increase by 40% in the next decade.

We might think of this as a paradigm for our modern “linear economy”. The line goes from resource to product to consumption to waste. And so we are overloaded with waste while we wonder about resource scarcity.

The answer? A circular model. Designing products that are meant to be used and the materials in them to be re-used.