I hypothesize that there are massive structural, cultural, and financial changes that are happening that are being exacerbated by the behavior of the commercial real estate owners. We’ll see, but I know the amount of money that we are indirectly spending on commercial real estate via our portfolio will be dramatically less in 2023 than it is today.

Brad has a point. The post Covid commercial real estate market will look a lot different than it did a year ago. Many firms will downsize their space allocations. Offices will be more of a place to meet and collaborate than places to stare out the window from cubicles. We will miss this scene

And that means? First, cities will have to adjust to much less vibrant “downtown spaces”. Second, residential rents and urban home prices may also take a hit,making cities more livable. Third, we may see less rush hour traffic. Fourth, tax revenue from real estate will take a hit, and lots of cities will go into financial crisis.

BTW, Fred Wilson has a few thoughts about how governments can raise revenue in new ways.

Many years ago, I was sitting in a Washington DC cafe with fellow recent graduates of my university. We were all in our early 20’s and hoping that we could figure out how the world actually worked. We tried not to show it, but the truth was that none of us had had much experience with the real world up to that point, and this  created a somewhat humorous setting for the type of braggadocio conversations that Mark Twain would have loved.  And that was what was going on.

After a few too many glasses of wine, the question arose whether a young person aspiring to a career in politics (either as a candidate or consultant or policy wonk) should stay in Washington or go back home to the locale where he or she had political roots. Work as a staffer on the hill, for example, or work on campaigns back home. We got into quite a tussle over this.

The reason why going back home was seen as a negative was the perception that nothing interesting was happening at the local level.  The interesting stuff was going on in the great national center — Washington.

In fact, that bias was not just seen in politics. It also fueled decisions of young folks to head to major urban centers like New York for a wide variety of careers. Never mind the sky high rents! That was “where the action was”. Less so in places like  Wilmington, Delaware.

And these days, we still live with this mindset — that our great urban centers are “where the action is”. In Estonia, for example, you see it in the pull that the capital city Tallinn has over the rest of the country. The jobs are there! The money is there! What could go wrong? Well, I would argue that lots of things are wrong about this, and not just that folks who live outside of our great urban centers see fewer opportunities to get ahead in life.

Will this change? I think it might. Why? I would point to two reasons.

First, we know from Steve Johnson about the value of social interaction in generating great new ideas. Ideas that add value to society. That would appear to favor urban centers where you get more of it. Right? Yes, you do get more interaction in the great urban centers. But there is a problem.  That interaction is by and large governed by the interests of our great, humongous institutions. Like banks. And I would argue that their agendas are not necessarily the most inspiring.  They are constrained by institutional, rather than personal and societal interests. If we want to promote “creativity” and “innovation” we might consider alternative ways to do talk and think “outside the box”.

Yes, we have fallen victim to a certain tunnel vision about how societies generate new value.

Second, you might ask why localities don’t generate more interaction than you get now  in urban centers? Are people in regional centers just stupid? Mute? I would argue that you get more interaction in urban centers for the simple reason that people are physically jammed together there. But if innovations in connectivity and mobility make it easier to do high level interactions over distance, one need not live in a great urban center to get that benefit.

This sets the stage for this question — how does one upgrade regional  interactions? How would one promote better connectivity and mobility within regions?

Part of the challenge is to facilitate better movement between regional centers. So, for example, one might ask how would it become easier for me in Tartu to get to other cities — Tallinn and Helsinki, etc. Also to Viljandi, Pärnu, Narva, etc. By “easier” I mean faster and less expensive.

If regional travel was easier, I could connect to a wider range of people around me. And I would be more free from the local institutional agendas of a single locale.

One might try to build high speed on the ground systems — like high speed trains. But that is very expensive. There is a much less expensive alternative that is “getting off the ground”. This post from the COO of Lillium offers a peek at how this might look in the near future.

I find it to be interesting. What about you?

I love these two towers. They look like this 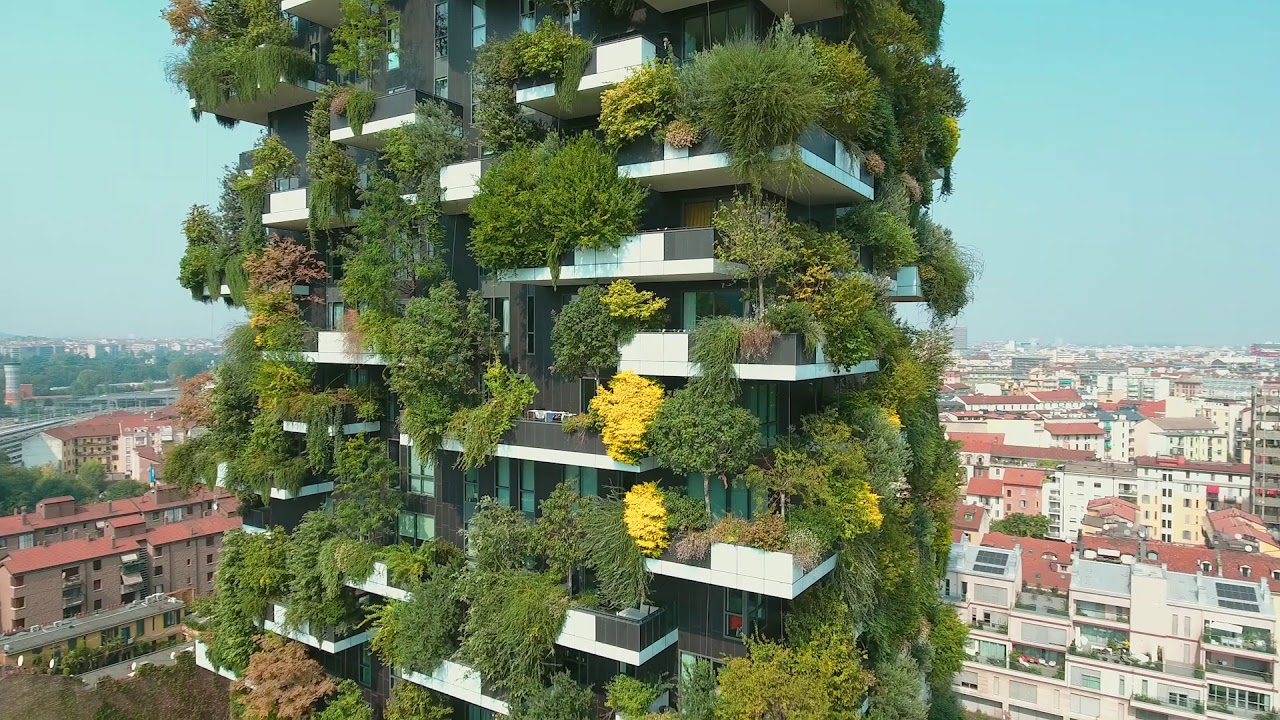 Yes. They are very green. Together?

This says it all. Enjoy!

“These two towers represent the will to reintroduce nature into everyday life. The impact of walking in Milan and finding yourself in front of an actual forest—which climbs from the street all the way up to the sky—envelops you with a sense of peace and wonder. Its colors and scents are so unexpected in an urban context. In an age like ours, where the exploitation of natural resources has greatly increased, it marks a real turning point.”

Here is the story.

Jarring, I would say. And would I want to be jarred every day by a structure like this?  I had not considered the possibility before and do not find it very commendable.

BTW, the plans are not yet approved.

Long ago, the West Village in Manhattan changed from boho to something else.  What else? The simplest word is “gentrification”.  Rents went up, and the funkideliks moved out.

And that has happened in loads of cities around the world.

Which raises an interesting question. Is there a way for a place in such an area to retain and grow a unique personality? Or will it be doomed to host global brands that sell the same stuff everywhere?

That is where Bleeker Street comes in. You might not know this, but the name “Bleeker Street” comes from the family that owned the land – the Bleekers. The road used to run through their farm. Bleeker Street was pretty boho a long time ago. Funky, you might say, BTW, did you ever wonder where the word “funky” comes from?

In any event, the funk went out of the funky balloon a long time ago. Bleeker went yuppie and mainstream. But some local folks are trying to give the street more local personality.

Along with the storefronts “Love, Bleecker” will also introduce art installations, music and more interactive community events in collaboration with the shops.

Check out the article for more! What fun! 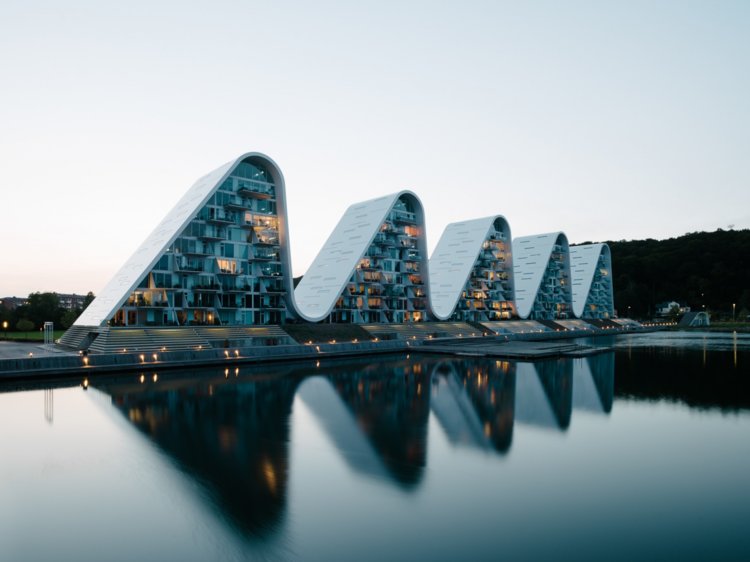 Here is another view For quite some time, urban areas have been relatively helpless against the onslaught of cars. Traffic congestion, gridlock, you name it. Build bigger roads, and you get even more congestion!

The tide may be turning. Congestion pricing is changing things in great cities like London. It may come to New York as well.

But Barcelona leads the pack in embracing a huge vision to take back the city from cars. It is a big story.

And here is a great summary of what is going on.

Here is the background

Right now, there can be an almost eerie calm to some sections of central Brussels. Take an evening stroll down down Boulevard Anspach, the broad avenue that forms the Belgian capital’s spine, and you may find the roadway empty, its limestone and wrought-iron facades echoing the footsteps of a rare passer-by on the sidewalk.