This is the first volume of Graham Greene’s own reflections about his life. 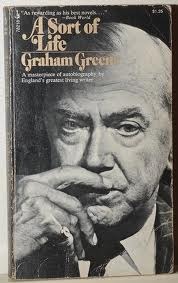 His second volume is entitled “Ways of Escape”.

I have had the book for a long time, but so far have not picked it up. Why not? There is something about Greene that I find just a tad alarming. He can be so incredibly lucid about being desperate. And you find this attitude in his memoirs.  Yes, we are talking about early failures and despair, along with attempted suicide.

So, one does not wander into this garden for a lark. Having said that Greene’s prose is stylish indeed. Beautiful in its own rite! I found this comment from Goodreads to be useful

Greene’s sort of autobiography reads like a Somerset Maugham novel, at least in its first half. It shows a very complex, confused child, suicidal even. His adventures with Russian roulette were particularly unnerving. The second half, which I found more engaging, deals with his struggles between regular work and writing. The last chapter is recommended reading for anyone who intends to pursue writing full-time.

From the Exponential View

Qatar’s General Electricity and Water Corp has broken records for the lowest winning bid ever registered for large scale renewable energy, at just $0.016/kWh. A decade ago utility scale solar ran to about $0.25/kWh, so we have here a 16-fold decline in ten years, or a halving of price every two-and-a-half years.

This steady drop in the price of renewable energy will impact many areas — including transport. It is a major reason why Tony Seba thinks we will move away from the internal combustion engine and our dependence on fossil fuels much faster than most predict.

‘It could well be that we passed the peak in global automotive production,’ says the CEO of Robert Bosch, the world’s largest car parts supplier.

Fewer cars. Electric cars. Autonomous cars and trucks. It appears that this is the future.

According tot he exponential view

As I have written about several times, most recently here, globalization is metamorphosising. The McKinsey Global Institute identifies a few key trends in globalisation which illustrate that. These include a relative weakening of trade in goods; increased trade in services; increased knowledge-intensity in value chains (which for me means increasing advantage to firms owning IP and concentration of power); and a growth in regional rather than global supply chains. Worth a read, and consider the implications on multinationals as well as geopolitics.

If your business plan has a “cross border component” (and many will if they are tech oriented), you might think this through.

Robb has an interesting  piece on how the market is turning. Here is a peek

More than a quarter of the 16,242 new condos built in Manhattan since 2013 remain unsold, according to StreetEasy, a listings site. And on they come, like an ever-rolling stream: 5,000-plus units across 63 buildings are still under construction. 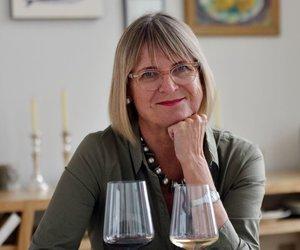 And you can tell that by this story that she shares.

I loved it, because I happen to love reading about the wine trade. I also loved it because it tells the story of a business model that I can believe in. One that is built on the idea of upgrading craftsmanship. with respect for locality

Check it out! I did with my morning coffee!

I posted on this bit of news the other day. Robb picks up on the story, laying out the same argument that IBM appears to be onto something big.

The background: Following Ton Seba, one can make a good argument that simple economics will push electric autonomous TAAS (transportation as a service) to mainstream quicker than many thought possible. If that progresses as Tony forecasts, there will be enormous positive spin off effects of various types.

The problem: As the cost of producing and using electricity to power transport falls, one of the main barriers to its mainstream adoption is developing more cost effective energy storage. For that reason, upgrading energy storage tech is likely to be a major growth market for the next decade. There will be winners and losers.

What to follow: That is why I keep an eye out for stories on improvements in energy storage tech. As far as I can tell, there are two main stories. The first is improved battery tech. The second is cheaper production of hydrogen (a competing energy storage medium). There are other energy related stories out there, but these are the most immediately relevant for me.

Today’s News: IBM has apparently developed a technology that could radically upgrade battery performance in the next five years. It is early days, and a lot could still go wrong with this, but the story is worth watching.  In case you are wondering, Motley Fool thinks the stock looks cheap after a third quarter sell off.

Keep in mind – this is just one story in a much larger saga. There are gobs of research projects out there trying to come up with better ways to store energy. And yes, there is at least some reason to be optimistic about climate change – we may decarbonize a lot faster than many predict.

Going deeper: If this interests you, here are a few more links to articles about battery tech upgrades

A quick follow up: Tony Seba also focuses on gains in AI as one of the “converging technologies” that will enable TAAS. AI applications interest me for a number of reasons that go beyond their use in transport. More on that later.

There are some interesting markets out there. Here is a peek from Forbes.

Whether you are in the market or not, this is interesting.

Is this a good time to buy? READ ON!

The simple answer is yes, but it really depends where. As you know, Italy is a country of great diversity.

The 17th-century English who carried out Grand Tours of Italy viewed the country as one made of ‘Ice and Fire’ (from the Alps to Vesuvius). So, similarly, the property market currently is one of Ice and Fire. To do justice to the different nuances in the property market throughout Italy would require a long essay, but by way of short summary: