It’s not a great summer for jet setters!

This has been a bad year for a lot of things – festivals, gigs, pubs, weddings (the list goes on) – but it’s turning out to be a good year for camping, which is having a bit of a moment right now.

Campsites are popping up all over the place. And one of the more desirable locations is Cornwall – including this spot

Lusty Glaze beach (is)  a secluded, sandy cove on the outskirts of Newquay. Campers will get their own pre-pitched bell tent, complete with an actual bed and private bathroom facilities, all just metres away from the lapping waves.

And there is more

… beach hammocks, barbecues and activities like surf lessons and sunrise yoga all right there. You can even book an all-inclusive stay, which means you get a concierge service and all your meals freshly prepared by an on-site chef.

Hold on! This is more like glamping than camping! And I love it!

Do I refer to Indiana Jones? No, I am talking about Jerry Toth.

More than a century ago, Ecuador was the world’s largest exporter of cacao, with one native varietal in particular—Nacional— serving as its calling card. European chocolatiers prized Nacional for its floral aroma and complex flavor. It was in such demand that Ecuador nearly built its economy on what was dubbed the “golden bean.” Unfortunately, in 1916 an arboreal disease called witches’ broom swept the country, decimating the cacao trees. Pure, heirloom Nacionals appeared to be almost entirely lost, with only about six known to remain as the new millennium dawned.

Jerry found a batch of Nacionals that had survived!

Check out his story! And as your rich uncle for a bar of chocolate for your next birthday!

In case you were wondering

Strategically located on a ridge, Jele Dzong is a small fortress built several hundred years ago to cater to travelers between Paro and Thimphu.

Jele Dzong is located above the town of Paro . If the Dzong seems near, almost within leg reach so to speak, the hiking path leading to it will quickly prove the opposite to be true. Allow a good 6 to 7 hours walk return if you start out on foot from the superb Paro Dzong. The hike will take you above Paro Dzong, then behind the old watchtower now converted into the national museum. You will pass through several farms and archery fields before you reach a superb conifer and rhododendron forest. The climb is progressive. Do not hurry as you feel the altitude quite quickly (you will reach about 11500 feet high by the end).

BTW, Paro is where you find the “Tiger’s Nest” monastary 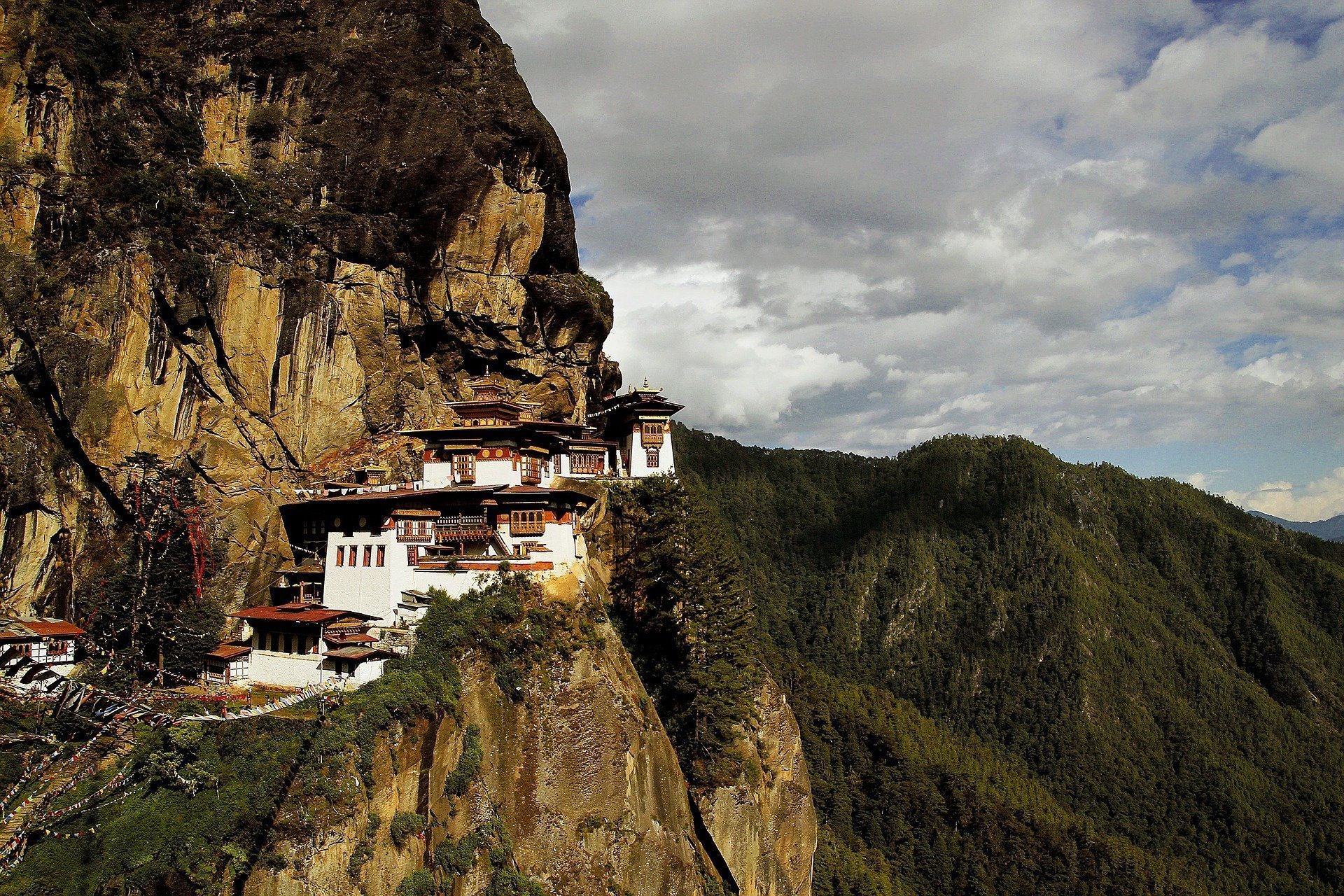 And the place to stay? Six Senses offers a unique experience

Perched high above a pine covered mountain range in Bhutan, Six Senses Paro is not only one of Six Senses’ most remote hotels, but—with its setting amongst 15th century ruins—also one of the brand’s most beguiling. Home to 20 suites and villas that overlook the Paro Valley, this is a perfectly-located spot for travelers interested in making the trek up to the revered Tigers Nest Monastery or in visiting the fortress of Jele Dzong. Of course, in true Six Senses fashion, there’s also a signature spa serving up everything from sunrise meditations and holistic spa treatments to mountainside astrology readings.

In the first chapter of “The Sun Also Rises”, Robert Cohn and his “consort” Frances are sharing a few cognacs with Jake Barnes (the narrator). Cohn says he would like to take a weekend jaunt with Jake, and Jake suggests a quick flight to Stasboug to walk up St Odile.

BTW, this does not work out, but wait a minute! This story came out in 1926 – so that “flight” would be something really new!

in the 1920’s flights were lavish affairs for the rich 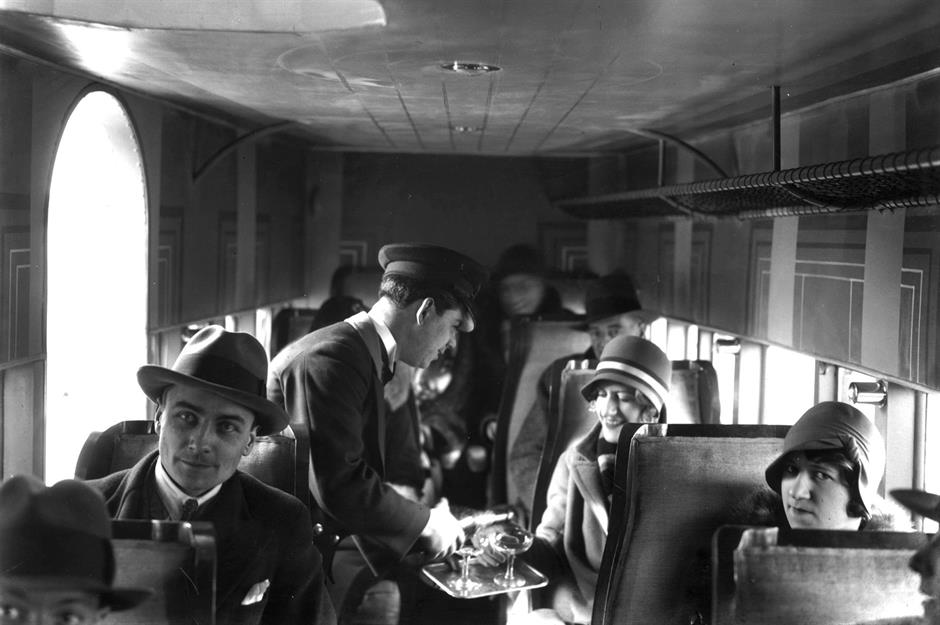 But it was not all that comfortable.

So one can infer that Jake waned the wealthy Robert Cohn to spring for the travel.

Hmmm . St. Odile? I started poking around. Indeed. St. Odile is an amazing hilltop ruin. Here is a pic 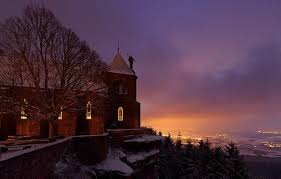 And during the day 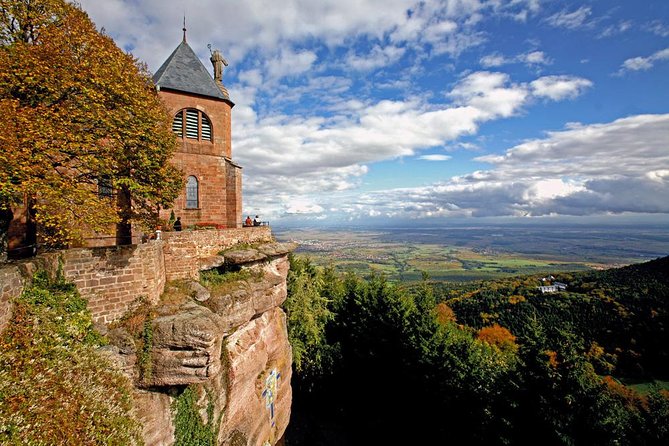 And my search led me to a website about a book – a murder mystery with the title “Knot of Stone”.

Wow! This is really something! An adventure story steeped in history. Check out the review!

Check it out! And enjoy!

Last we checked in, PJ was in Cambodia and thinking about heading into Thailand to visit Chiang Mai.

Hmmm … I wonder how things are going.

I just spent the last week in Pai, Thailand, after following some of my friends out of Cambodia and into a music festival (that was much, much larger than I thought it would be).

While I can’t be sure, I think PJ is referring to the Pai Reggae festival that takes place each year in January. BTW, if you are wondering, Joamma writes that there are at least 5 reasons why you might want to check out music festivals in Thailand!

The festival vibes didn’t really end. I spent a lot of time at a place in Pai called Backpacker’s Paradise (or just Paradise for short) which is less of a hostel and more like a college campus for circus performers. 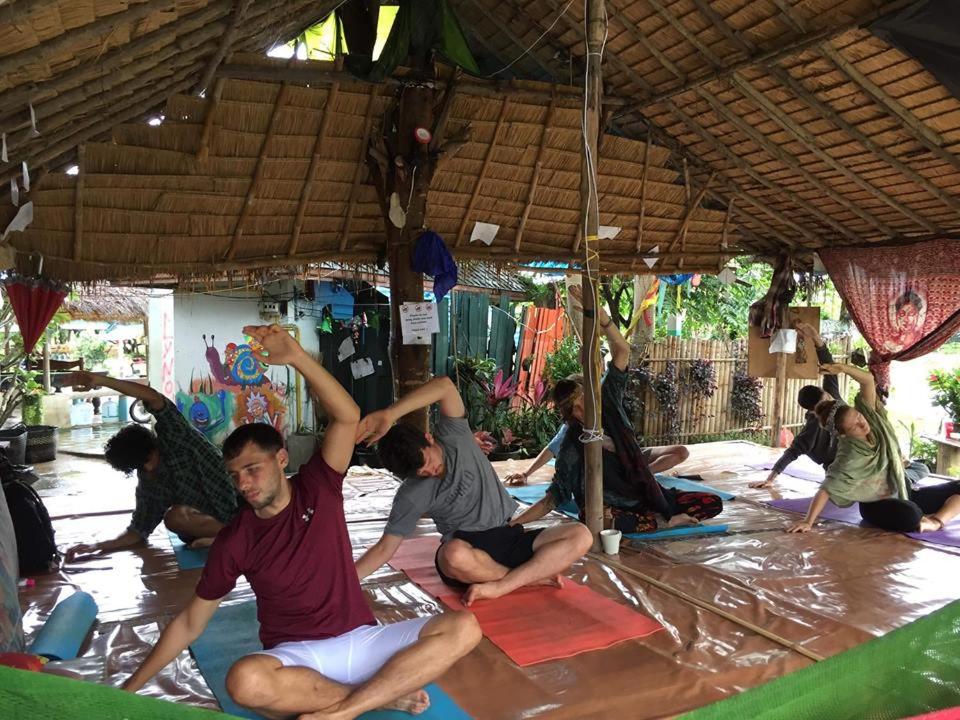 Last night at the open mic, a bunch of the sillier performers made what we later called an “acro-mosh” pit, where instead of ramming into each other, they rolled on the floor over and across each other. A saxophonist jumped off the stage and started rolling around with them.

I saw the saxophonist today and apparently the mouthpiece had broken off the saxophone in the scuffle, and he was trying to figure out how to fix it (“Weld it? No, that won’t work. Maybe rubber cement? Where the hell do you buy rubber cement around here? Think a shit-load of rubber bands would work?”). Even though the music there was open-mic, there was an impressive level of synergy between the performers. I also went to a drum circle at a different place and brought the flute I received for Christmas (a nice Gemeinhardt) and two other people in the circle knew how to really, really play it. Most drum circles are just lazy drones of sound, but the guitarists were working out some chord changes and everyone else (including the digeridoos) tried and succeeded at following along. I, on the other hand, just played simple series of notes on the flute, which worked because I was sitting next to someone with a harmonium (which is popular in the yoga community).

I’m actually sort of relieved to be getting out of here. I just did a 24-hour stay at a kung-fu school, but snuck out last night to see one more fire show. I ended up running into a girl I met a week ago and had a huge crush on, and when she offered to let me stay with her (platonically) I couldn’t really say no, even though it was 3 a.m. and the kung-fu school was doing a mountain-top chi-building session at 6 a.m. I slept maybe an hour, kissed her on the cheek, and then drove up a very chilly northern Thai mountain to feel the sun rise on my chakras. Man, are they tired!

Stay tuned for further adventures from PJ in Thailand!

I often read that the travel industry is moving towards offering more “experiential” types of products and services.

That is nice,, But there is a slight problem with the formulation. The problem is the suggestion that the industry will give you something rather than you giving yourself to the experience. Isn’t your own contribution more interesting? More satisfying? More meaningful?

My friend Peter has been living that idea for a while now. He is part of a crew of wonderful  folks who established and now are developing a rural health care clinic in Haiti.

They just did it. And they are just doing it.

And when I say “rural”, I mean very, very rural.

The experience? How about helping to upgrade the lives of people who do not get access to the types of things we take for granted. Like life saving treatment.

He is headed to Haiti tomorrow and has promised to write a post about his experience on this trip on his return.

We look forward to your return!

BTW – Peter gave me a preview of his journey

“… planning to hike 25 miles south from Port au Prince over 2 days to the south coast …  and stay at the super cool Surf Hotel, outside Jacmel. Then by fishing boat and moto to the clinic in the Southeast. May do a little side trip by burro to Anse à Pitres on the border with the DR. It’s for fun, sure, but also a way to avoid bandidos on the usual roads. We stick out as you might imagine.!”

This link has amazing photos of the hiking trip that Peter is planning. Yikes!

Mongolia draws adventurous travelers with its pristine nature and uncompromised culture. The country’s increasingly popular Golden Eagle Festival is trying to figure out how to maintain those now that it’s in the spotlight.

BTW, this brings out an odd language issue having to do with the word “compromise”. On the one hand, negotiators know that “compromise” can be a good thing. It can facilitate reaching agreement. On the other hand, when something is “compromised” it takes on a negative connotation.

To expose or make liable to danger, suspicion, or disrepute: a secret mission that was compromised and had to be abandoned. b. To reduce in quality, value, or degree; weaken or lower: Don’t compromise your standards. 2. To impair, as by disease or injury: an immune system that was compromised by a virus.

The suggestion, I suspect, is that our cultures have been degraded.

Big news for aurora chasers—there’s a new, elusive pattern to keep a watch for next time you’re viewing the celestial phenomenon. Up until recently, scientists recognized five distinct types of Northern Lights. But thanks to avid aurora enthusiasts and amateur photographers, we’re now learning that there’s a sixth shape—and it’s really impressive.

Go for it! BTW, this is a fun read over morning coffee!