You are a man or woman of the world. You are not to be distracted by the mundane stuff that all of the other tourists crave – for example a glimpse at the Pieta.

Well, ok . It is pretty amazing.  Did you know that the pieta composition was used in a variety of artistic works. This one is special for several reasons. (from Wikipedia)

A famous example by Michelangelo was carved from a block of marble and is located in St. Peter’s Basilica in the Vatican City. The body of Christ is different from most earlier pietà statues, which were usually smaller and in wood. The Virgin is also unusually youthful, and in repose, rather than the older, sorrowing Mary of most pietàs. She is shown as youthful for two reasons; God is the source of all beauty and she is one of the closest to God, also the exterior is thought as the revelation of the interior (the virgin is morally beautiful). The Pietà with the Virgin Mary is also unique among Michelangelo’s sculptures, because it was the only one he ever signed, upon hearing that visitors thought it had been sculpted by Cristoforo Solari, a competitor.[5] His signature is carved as MICHAELA[N]GELUS BONAROTUS FLORENTIN[US] FACIEBA[T] “Michelangelo Buonarroti the Florentine did it”.[6]

He did it alright.

The problem is not with the Pieta. It is with the hordes of other dudes who want to see it too. Quelle drag!

So what about going off on a different sort of excursion. To look for places that other people don’t flock to? Here is a list by Culture Trip. In includes the  lovely town of Dinant in Belgium, where the saxophone was invented. By whom? By a man called Sax, of course! 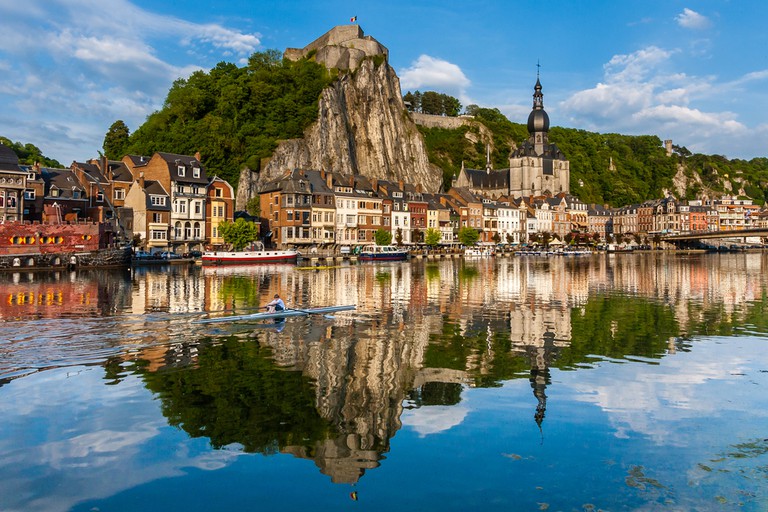 Check out the rest of the list. I would suggest a nice espresso with biscotti to go with it.